Ringing Bells' explanation for how it is selling the phone at Rs. 251 have convinced no one. 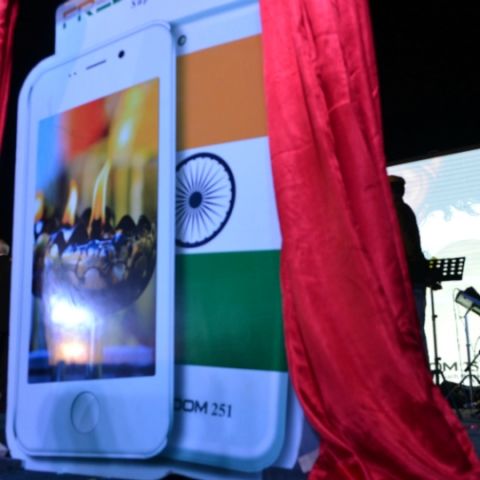 The government seems to have heard all the cries of foul play surrounding Noida-based Ringing Bells. According to reports, the Income Tax department raided the companyâs offices just a few hours ago, while the Department of Telecom has sought clarification from the company, over marketing of the product without getting the BIS certification. The DoT has also asked the UP government to check the companyâs credentials, tweeted BJP MP, Kirit Somaiya. â#Freedom251 Telecom Ministry called clarification for marketing without BIS certifications & also asked UP Govt to check Bonafide of Company,â tweeted Somaiya.

Further, senior industry executives have also expressed concern over the pricing of the smartphone. Analysts and experts have all said that the pricing Ringing Bells is going by, can not be achieved in the industry at the moment, at least not without making huge losses. In fact, a senior industry executive, who asked to remain anonymous, told us that the whole thing is definitely a scam. The executive said:

Consider this, the company gets 6 crore registrations, each worth Rs. 251 (whichÂ amounts to about Rs. 1500 crore).Â The vendor then fulfills some of those orders and fails on the rest. Now, the money from these orders have already been receieved, and most consumers won't create a ruccus, since the cost to him is so low. As a result, the vendor gets away with the money and no one's the wiser. Now, if consumers happen to raise their voices then the government and officials may take notice and the owners of the company would be penalised based on the law.

Ringing Bells CEO, Ashok Chadha, though, in an official statement, said that the money received from registrations have been held in an escrow account, set up by PayU Biz. Digitâs request to PayU Biz, to confirm this are yet to be answered by the company.

On the other hand, according to Suneet Singh Tulli, CEO and President, Datawind, it costs about $5.5 (approx. Rs. 380), to just buy 1GB of RAM and 8GB of storage for a phone, which makes it evident how difficult it would be to sell a smartphone at Rs. 251. This is further justified by the fact that the Freedom 251, which reviewers have found to be the Adcom Ikon 4, is sold by Adcom, for around Rs. 4,000 online. The cost price of the phone, according to Tulli, would be about Rs. 2000, which means that Ringing Bells is selling it at about a tenth of the cost price and twenty times lower than its market price.