Photos of the HTC Deluxe DLX have surfaced online revealing that the phablet will be available in three colours – black, brown and white with a bit of red around the frame. 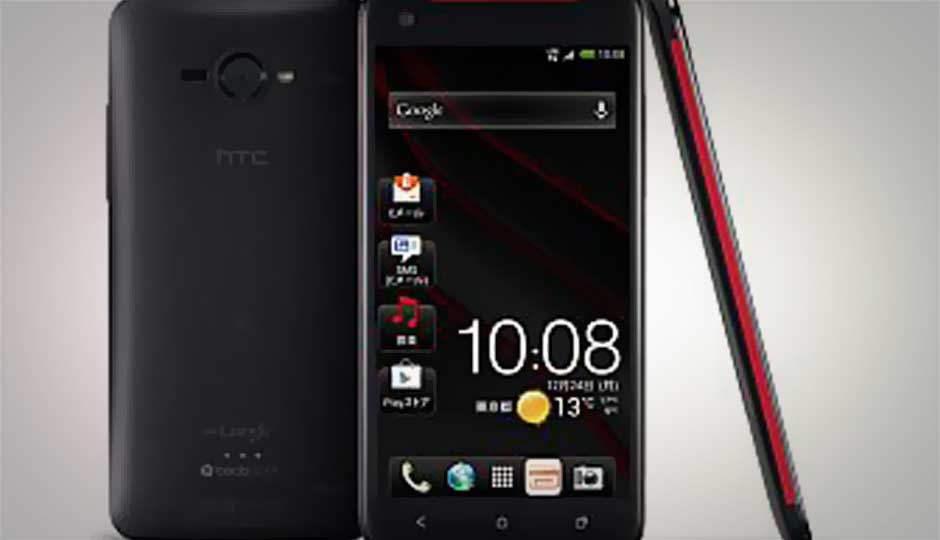 Photos of the HTC Deluxe DLX have surfaced online revealing that the phablet will be available in three colours – black, brown and white with a bit of red around the frame.

The HTC Deluxe DLX is the international name of the HTC Droid DNA (the name of the device in the US) or the J Butterfly, as it is known in Japan.

The Deluxe DLX has a 5-inch 440ppi high-resolution full HD 1920x1080 touchscreen display. The device runs on Android 4.1 Jelly Bean OS with Sense 4 on top, and is powered by a quad-core 1.5GHz Snapdragon S4 Pro APQ8064 processor. It has 2GB of RAM. The device comes with built in 16GB of storage along with microSD card slot that supports storage up to 32GB. There's also an 8MP camera, which can take still images up to 3280×2464, and record videos in 1080p. The battery has a 2,020mAh capacity.

No launch date or pricing of the phablt is known, but you can expect to see some details about the device at CES 2013 in January or MWC 2013 in February. GSMArena says that more details about the Deluxe DLX can be expected on December 6th. The device is already available in the US with Verizon Network.