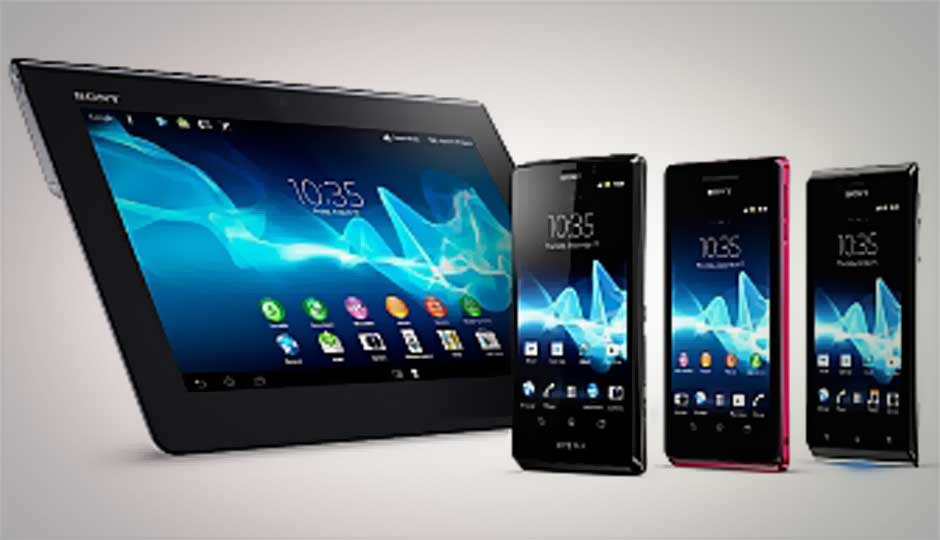 Let us take look at what the three new Xperia phones have to offer.

Sony Xperia T
The Xperia T is Sony’s flagship smartphone that will be used by none other than James Bond himself in the upcoming film, Skyfall. In a market dominated by quad-core processors, the Xperia T has a dual-core 1.5GHz processor and Adreno 225 GPU. One of the biggest highlights of the product is its 13MP camera that boasts of the Sony Exmor R sensor with 16x digital zoom. Straight out of the box, the device will run Android 4.0 ICS but Sony says that the device will be upgradable to Android 4.1 Jelly Bean. You can take a detailed look at the specifications of the device below:

Sony also announced the Xperia TX, which is identical to the Xperia T but is aimed for the Asian market. We'd first seen the Xperia T codenamed the LT29i Hayabusa, and Xperia SL.

Sony Xperia V
Next up, we have the Sony Xperia V (formerly Xperia 'Mint') that has the same 1.5GHz dual-core processor along with the 13MP camera as the Xperia T but sports a smaller 4.3-inch display. Just like the weather proof Xperia Go (read our review here), the Xperia V will have a water resistant skin and Sony says that the device can survive submersion in water. The device too runs Android 4.0 ICS straight out of the box but will be upgradable to 4.1 Jelly Bean.

You can take a detailed look at the specifications of the device below.

Sony Xperia J
At the bottom of the line, Sony has introduced the Xperia J, which boasts of a 4-inch display and has a 5MP camera. Being at the lower end of the spectrum, the device has a 1GHz CPU and fairly basic specifications. The device will run on Android 4.0 ICS straight out of the box.

Sony Tablet S
Sony also announced the next generation Sony Tablet S at IFA 2012. The device has a 9.4-inch display with a resolution of 1280x800 and a wedge design just like its predecessor. The tablet is made from magnesium-aluminum alloy and weighs 570 grams. Where the original Tablet S measured between 10.1mm and 20.6mm in thickness, the new tablet S measures between 8.8mm and 11.9mm, making it slimmer than its predecessor.

Under the hood, the Nvidia Tegra 3 quad-core processor clocked at 1.3GHz powers the device and it runs on a 6000mAh battery. The Tablet S will launch with Android 4.0 ICS the device will come with three options for internal storage - 16, 32 and 64GB expandable via a MicroSD card. The tablet also houses an 8MP rear snapper and a 1MP front facing video chat camera.

All the devices were unveiled by Sony without two pieces of critical information – launch dates and pricing details.