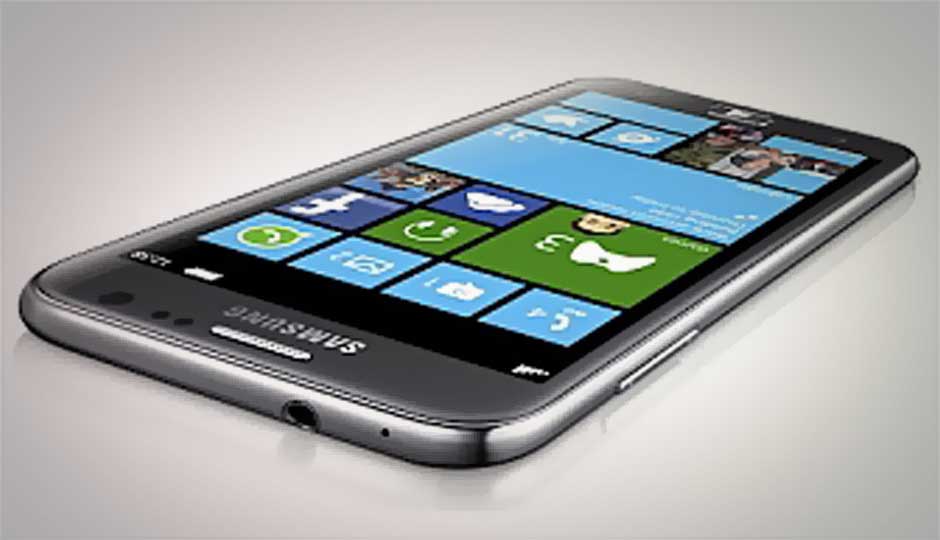 The Android smartphone Samsung introduced was the massive 5.5-inch Galaxy Note II, about which you can find more details here. The Korean giant also announced the world’s first Windows Phone 8 device, the Samsung ATIV S. The news is quite surprising, as the industry was expecting Nokia (because of their exclusive partnership with Microsoft), to be the first company to reveal a Windows Phone 8 device, at their September 5 press conference.

As expected, the next generation of Windows Phone devices would finally bring current generation hardware to the platform, and the 8.7mm-thick Samsung ATIV S doesn’t disappoint - it seems to be the device codenamed Odyssey we'd seen last month in leaked Samsung court documents, when Samsung had also launched the Windows Phone 7.5-based Omnia M. It features a 4.8-inch Super AMOLED Gorilla Glass 2 display with a 1,280x720 pixel resolution, a dual-core 1.5GHz Qualcomm Snapdragon S4 Krait (MSM8960) processor, 1GB of RAM, an 8MP rear autofocus camera with LED flash and 1080p HD recording, along with a 1.9MP front camera.

On paper, the Samsung ATIV S looks like a capable device to usher in the Windows Phone 8 platform, and with the hardware finally catching, we are eager to see what other manufacturers, especially Nokia, will bring to the table. For now, the pricing and release date of the Samsung ATIV S haven't been revealed. Stay tuned for more IFA 2012 coverage, including Samsung’s Windows 8 and RT tablets, called the ATIV Tab, ATIV Smart PC, and ATIV Smart PC Pro.

The 4-inch Samsung Windows Phone 8 device codenamed Marco should be unveiled soon as well. Meanwhile, check out some more renders of the WP8-based Samsung ATIV S, below: