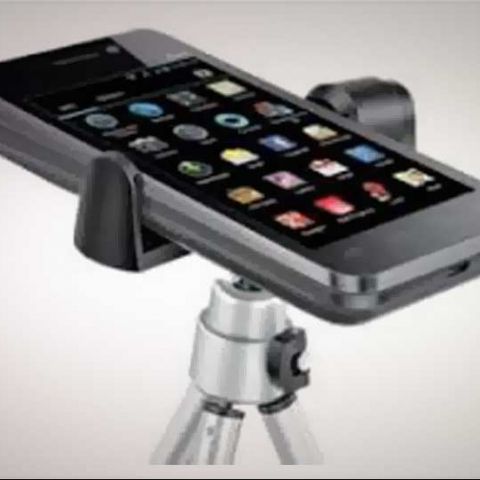 iBall has launched an Android powered smartphone for Rs. 18,999 called the Andi 4a. The smartphone houses a 35 lumens projector. It is listed on iBall’s official website and is also available on Flipkart.

In terms of its specifications, the iBall Andi 4a houses a 4-inch IPS WVGA display with a 480x800 pixels resolution giving it a pixel density of 233 ppi. Under the hood, a 1GHz dual-core Cortex A9 processor coupled with 512MB RAM powers the device. The smartphone also boasts of dual-SIM capabilities. It has 4GB built-in storage, expandable up to 32GB via a microSD card. The rear of the smartphone has an 8MP camera and the front has a VGA camera for video calling. The 4a runs on Android 4.1 Jelly Bean and a 1500mAh battery powers the entire package. The built-in projector is rated at 35 lumens brightness and has a contrast ratio of 1200:1.

In the past we have seen devices such as the Samsung Galaxy Beam and more launch with a built-in projector. The lack of numerous devices following suit showcases that there is a limited market of people who would like to use their smartphone as a projector. It is however a good idea to use your phone to watch movies on a big display and you also have the ability to connect a pair of speakers via the headphones jack to bump up the volume.