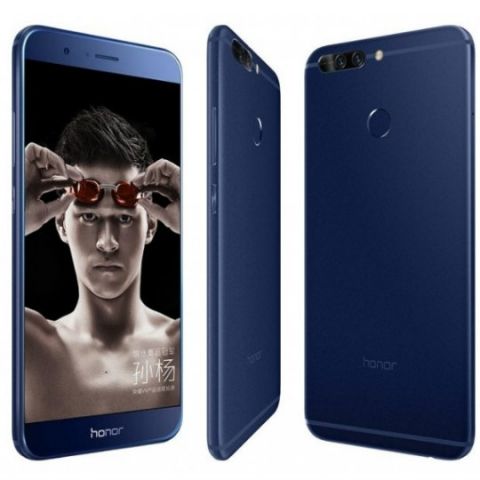 Huawei has officially unveiled the new Honor V9 smartphone. Somewhat of an upgrade to the Honor 8, the Honor V9  features all-metal build finished in more flamboyant colours as red and blue. The USP here remains the dual-rear camera setup, which Huawei has been teasing for a while. It uses two 12MP cameras with f/2.2 aperture lenses. One camera shoots only in monochrome and the other captures colour data, a setup similar to the Huawei P9.

The dual-camera setup is aided by laser-assisted autofocus and a dual-tone LED flash, and can shoot videos in 4K. On the front, there is an 8MP camera with f/2.0 aperture with 1080p video shooting support. There is a 5.7-inch LTPS LCD QHD display, all of which is powered by Huawei's custom Kirin 960 SoC (first introduced with the Huawei Mate 9). The Honor V9 houses 6GB RAM, 64GB/128GB native storage and a 4000mAh battery.