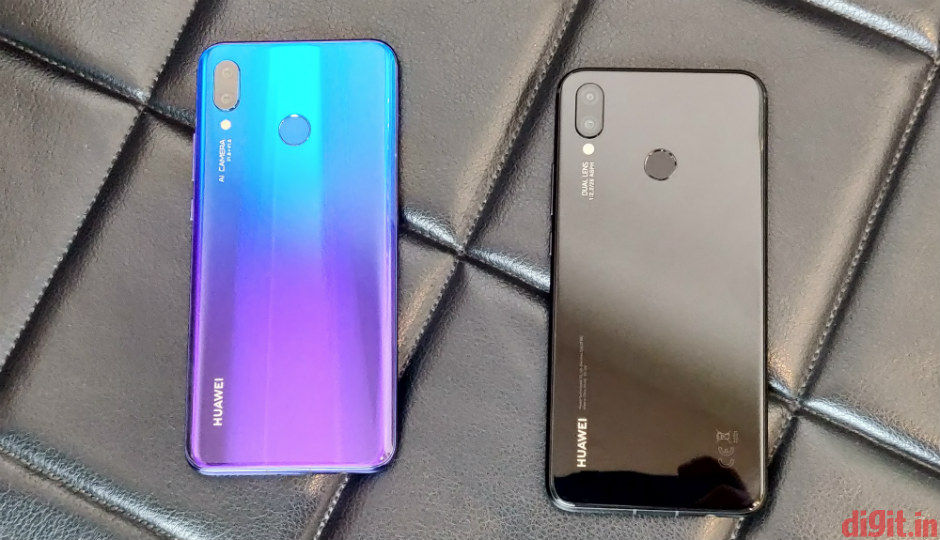 Huawei has launched its Nova 3 and Nova 3i smartphones in India, which share a similar display and design but differ in terms of features. Both the smartphones have already been unveiled in China so we already know what hardware they ship with, however, their pricing was unknown. The company has announced that the Nova 3 will cost Rs 34,999 for the 6GB RAM/128GB variant, while the Nova 3i comes with 4GB RAM/128GB storage version, which will cost you Rs 20,999. Both the devices will be available exclusively via Amazon and the Nova 3i will be up for grabs from August 7, while the Nova 3 goes on sale much later, from August 23.

Pre-bookings for the phones start at 2 PM today on Amazon and as for launch offers, the company is offering Rs 1,000 off on the phones, while Jio is offering a Rs 1,200 cashback, 100 GB additional data and more for those who pre-book the device.

Huawei Nova 3 specs: The smartphone is powered by octa-core Kirin 970 SoC and features a  6.3-inch Full-HD+ display with a 19.5:9 aspect ratio. It runs EMUI 8.2, which is based on Android 8.1 Oreo and is backed by a 3,750mAh battery. In terms of optics, the smartphone is equipped with a vertically stacked 16MP + 24MP dual rear camera setup with PDAF and f/1.8 aperture. On the front, it sports dual 24MP + 2MP sensors with f/2.0 aperture. It supports Face Unlock and comes with a rear-mounted fingerprint sensor as well.

Huawei Nova 3i specs: The Nova 3i runs on The company has priced the Nova 3 at Rs 34,999 for the 6GB RAM/128GB variant, while the Nova 3i comes with 4GB RAM/128GB storage version and is priced at Rs 20,999. HiSilicon Kirin 710 SoC, which the company’s latest process. It is built on the 12nm process and comes with a dedicated NPU for AI-based features from Huawei's flagship Kirin 970 SoC. In terms of display, the smartphone is equipped with a 6.3-inch full-HD+ LTPS panel with a 19.5:9 aspect ratio. It also runs on EMUI, which is based on Android 8.1 Oreo. For shutterbugs, the device comes with a 16MP+2MP rear sensors on the rear and 24MP+2MP dual cameras on the front.