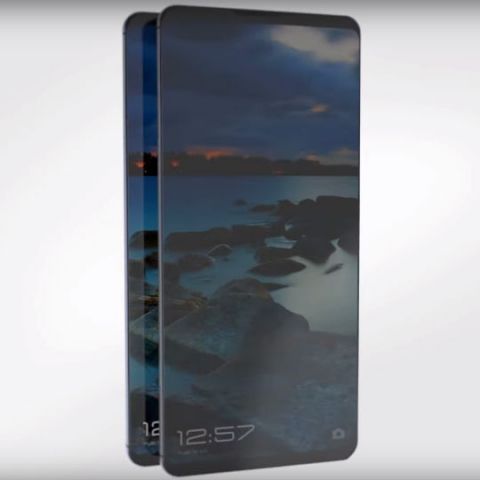 Huawei's next flagship smartphone dubbed Mate 10 will feature a bezel-less design to compete with Apple's upcoming iPhone and Samsung's Galaxy Note 8 with the Infinity Display design. Richard Yu, Huawei's Consumer Division Chief confirmed last month that the Mate 10 will launch with a full-screen display and technology to compete with next iPhone.

While the features have been tipped in the past, the renders of the device have been detailed for the first time. According to a new video posted by Concept Creator, the handset seems to sport an all-screen design with a chamfered aluminium unibody. It remains unclear whether these renders are based on official schematics but the smartphone is expected to feature a 6.1-inch display with a Quad HD+ resolution. It is expected to be powered by the company's new Kirin 970 chipset based on 10nm architecture.

Huawei could use JDI's 'Full Active' display in order to achieve this new design language. Huawei Mate 10, like its predecessor, is expected to sport a dual rear camera setup with Leica branding. It is also said to offer 6GB RAM with 64GB internal storage. There are reports of the Mate 10 running Android 7.0 Nougat, with a 4,000mAh battery powering the device.

Huawei is chasing Apple to become the second largest smartphone maker globally and has already managed to steer ahead of Oppo, Vivo and Xiaomi in its home market. Yu says the Mate 10 will differ from its predecessor with a longer battery life, quicker charging speed and boast of improved photography experience to beat Apple.

Samsung and LG, the two Korean smartphone makers have already announced smartphones with edge-to-edge display designs. Samsung is expected to introduce the Galaxy Note 8 with an Infinity Display design on August 23 and LG has already brought its Full Vision design to a lower price segment. The Huawei Mate 10 is expected to launch in October and could be priced at $1,000 (around Rs 65,000).