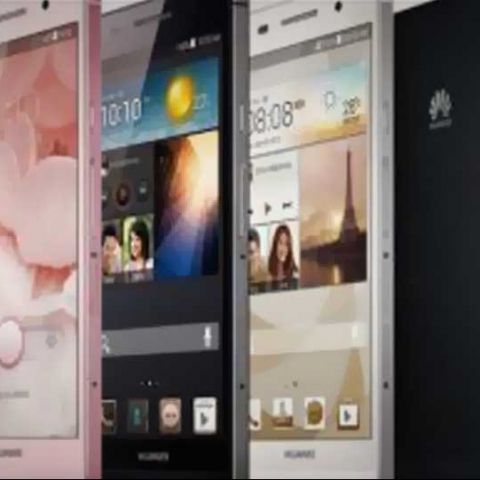 Huawei has added a new smartphone to its portfolio, the Ascend P6. Huawei claims that it is the slimmest smartphone measuring in at 6.18mm in thickness.

At an event in London, Chinese handset maker Huawei announced what it claims to be the world’s slimmest smartphone - the Huawei Ascend P6. The smartphone will hit the Chinese market this month. The Western European consumer will get the smartphone in July through a number of carriers and retailers such as Vodafone, Telefonica, Orange and more as well as online retailers like Amazon.

There is no information on India launch date of the product, but the device will be available in an overall of 19 countries in July. According to TechRadar, the smartphone will be priced around the $600 price point (Rs. 35,000 approx.).

Claimed to be the slimmest smartphone, the Ascend P6 is 6.18mm in thickness, and that’s really slim as compared to currently available slim smartphones. It also weighs a mere 120 grams. The smartphone has a 4.7-inch 720p LCD which is glove friendly. It has Huawei's K3V2 chipset, the same one that we have seen on the Huawei Ascend Mate.

The CPU is quad-core with a 1.5GHz clock speed. It also houses 2GB of RAM. The rear of the Ascend P6 has an 8MP autofocus camera with the ability to shoot videos in 1080p. The front houses a 5MP camera. The P6 has 8GB built-in storage expandable via a microSD card. A 2000mAh battery powers the entire package.

In terms of connectivity options, the Ascend P6 lacks LTE but shows off some other capabilities including dual-SIM, HSPA, Wi-Fi, Bluetooth and FM radio. The P6 runs on Android 4.2.2 Jelly Bean skinned with Huawei's Emotion UI, the same one we saw on the Ascend Mate, which was launched in India yesterday. You can check out our hands on with the Ascend Mate, which has a 6.1-inch display pitting it against the Samsung Galaxy Mega 6.3.