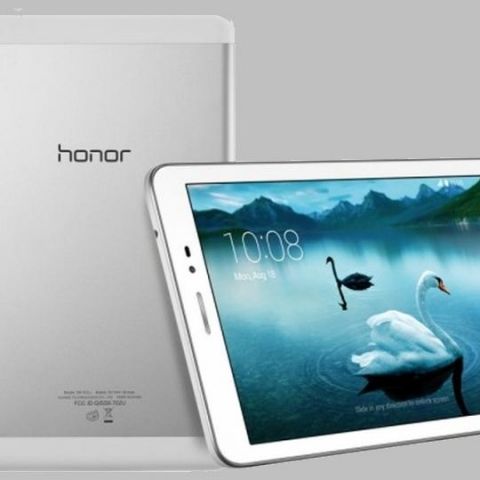 Huawei has expanded its Honor line up with the Honor 6 smartphone and Honor T1 tab in India. The devices will be available for Rs 19,999 and Rs 9,999 respectively exclusively via online retailer Flipkart.

The Huawei Honor 6 has a 5-inch IPS full HD display and runs the latest Android 4.4.2 OS with Huawei Emotion 2.3 UI on top. It has an octa-core processor with 3 GB RAM. The smartphone is available in 16 and 32 GB storage variants with expandable memory upto 64 GB via micro SD card slot. The Honor 6 has a 13 MP auto focus rear camera with two LED flash lights in the rear panel and a 5 MP front camera. Connectivity wise the Honor 6 supports dual-sim functionality, Bluetooth 4.0 with A2DP, WiFi with Hotspot feature, DLNA, and a micro USB 2.0 port. It is backed by a 3100 mAh Li-Po battery. The Huawei Honor 6 will compete against Motorola’s Moto X, HTC Desire 820 and the recently announced Samsung Galaxy Alpha.

The Huawei Media Pad Honor T1 has an 8 inch HD IPS display with 160 degree viewing angles. It has a 1.2 GHz Snapdragon 200 quad core processor coupled with 1 GB RAM. It has 8 GB ROM expandable up to 32 GB via micro SD card slot. The tablet runs Android 4.3with Emotion UI on top. The Honor T1 has a 5 MP rear camera and a VGA front camera. Connectivity wise the tablet supports 3G voice calling, WiFi, Bluetooth, GPS/A-GPS. It has a 4800 mAh battery.

Huawei has also announced the Honor Holly smartphone and Honor X1 tablet at the event and stated that they will go on sale sometime around Diwali. Huawei recently announced an 8 inch budget tablet called the Huawei Honor with 3G and voice calling. The tablet runs Android 4.3 Jelly Bean with Emotion UI 1.6 and a Qualcomm Snapdragon 200 1.2GHz quad-core processor with 1GB of RAM. The Huawei Honor tablet has been launched in the Malaysia market for $184.