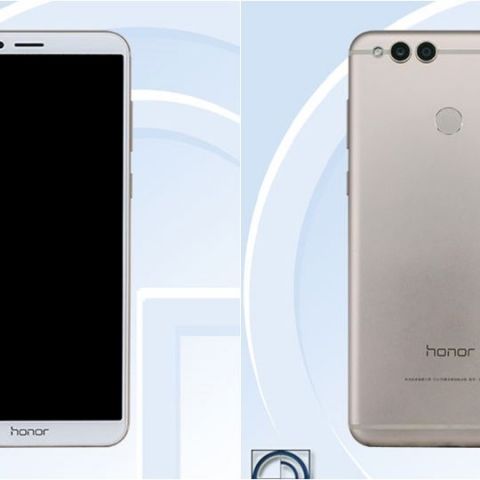 Huawei's Honor sub-brand is set to launch the Honor V10 smartphone in China on November 28. The smartphone is expected to bring some of the features, found on the company's flagship Mate 10 series, down to the mid-range price segment. Ahead of the official launch, the smartphone's design and specification have been detailed via an official listing on TENAA, China's telecommunication authority.

The Honor V10 will be the successor to Honor V9 and will sport a 5.99-inch Full HD+ display with a resolution of 2160 x 1080 pixels and 18:9 taller aspect ratio. The smartphone will adopt a design with thinner bezels, incorporating the FullView display similar to the Honor 9i and Honor 7X smartphones. The smartphone will be powered by Huawei's Kirin 970 chipset that also includes a dedicated Neural Processing Unit for handling AI-related tasks. The chipset is currently used only on the company's Mate 10 series and is based on new 10nm FinFET process.

The TENAA listing shows that the Honor V10 will have 4GB RAM and 64GB internal storage, but it is also expected to become available in 6GB RAM and 128GB storage variant. The smartphone is said to feature a dual rear camera setup with a setup similar to that of the Mate 10 series. It will include a 16MP primary colour sensor and a 20MP secondary monochrome sensor, with features like 2x digital zoom and bokeh mode, but will miss out on the Leica branding. It is expected to feature a 13MP selfie camera and offer a 3.5mm headphone jack.

The listing claims it will run Android 7.0 Nougat, but the device is most likely to launch with Android 8.0 Oreo-based EMUI 8.0 seen on Mate 10 series. The Honor V10's China launch will be followed by a launch of the European market at an event in London on December 5. The smartphone is expected to be priced around 3,000 Yuan (around Rs 30,000) and is widely expected to compete with the OnePlus 5T. The Honor V9 was launched in India as Honor 8 Pro in July and its successor should make its way to the country as well. Huawei or Honor have not shared specific details about the launch of Honor V10 in India just yet. The company had recently launched Honor 9i and has started registration for mid-range Honor 7X on Amazon India.