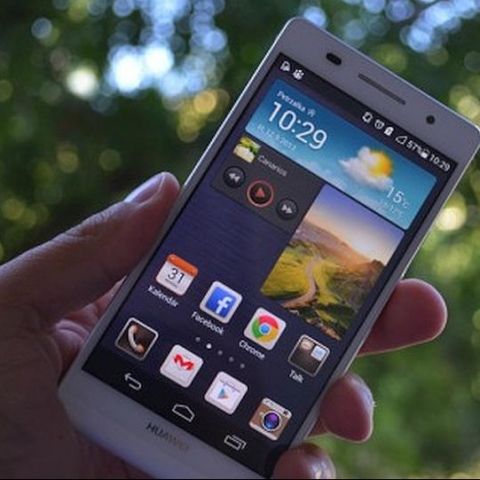 The Huawei Ascend P7 sports a 13MP rear camera with Sony BSI sensor and f/2.0 aperture along with LED flash. It has an 8MP front camera with BSI sensor and 5-pieces lens coupled with IMAGESmart 2.0 software which is said to deliver 10 level auto-facial enhancement and wide-angle photo function. There's a special shooting mode for capturing panoramic group selfies – which Huawei calls 'groufie'.

The Ascend P7 is powered by a 1.8GHz quad-core processor (HiSilicon Kirin 910T) along with 2GB of RAM. It also comes with 16GB of built-in storage which is expandable up to 64GB via microSD.

For connectivity, the Ascend P7 supports EDGE, 3G, LTE, Wi-Fi, Bluetooth, NFC and microUSB. It is powered by a 2,500 mAh battery, which is rated to deliver 22 hours of talktime on 2G and up to 14 hours on 3G.

The Huawei Ascend P7 will compete against top end phones featuring Google's Android OS - Samsung Galaxy S5, the HTC One M8, and the Sony Xperia Z2.  The smartphone will be available initially in June in select European and Asian countries for Eur449 (Rs. 37,500).