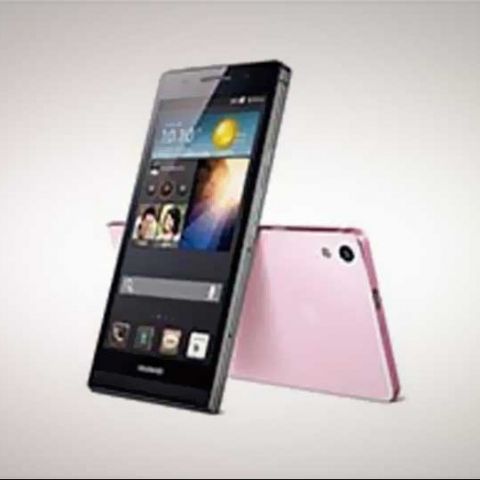 Apart from some changes in hardware under the hood and new 'S' moniker, the new smartphone has the same specs as the original Ascend P6.

Huawei has quietly unveiled a variant of its Ascend P6 smartphone. Dubbed Ascend P6 S, the new Huawei smartphone has an improved chipset - quad-core 1.6GHz processor (up from 1.5GHz). The new smartphone has dual-SIM with dual-standby option. The original P6 had dual-SIM suppport.

Other specifications of the smartphone are identical. The Ascend P6 S has a 4.7-inch display with 720p resolution (the display also works with gloves). It runs Android 4.2 Jelly Bean with Emotion UI 2.0 on top. The smartphone has 2GB of RAM, 16GB of built-in storage, 8MP rear camera and a 5MP front-facing camera. There's no information on availability of microSD slot.

For connectivity, the smartphone supports 3G Internet, Bluetooth and Wi-Fi. It retains the 2,000 mAh battery. The Ascend P6S is 0.3mm thicker than the first version, sitting at 6.5mm

Huawei had launched the original Ascend P6 in June 2013, touting it as the 'world's slimmest smartphone'. To know more about the smartphone, check out our detailed Huawei Ascend P6 Review