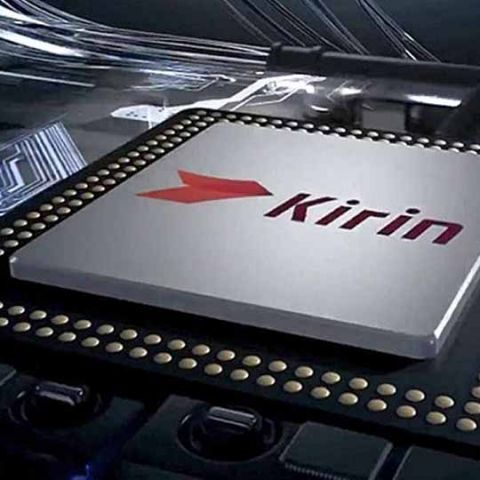 Huawei has officially unveiled the Kirin 950 SoC in Beijing today. TSMC has fabricated the chip using its 16nm FinFET process. Kirin 950 features big.LITTLE architecture, with four Cortex A-72 cores clocking up to 2.53GHz, and four Cortex A-53 cores clocked at 1.8GHz. The chipset houses a Mali T880MP4 GPU, and Cat. 6 LTE modem.

According to Huawei, the FinFET fabrication process will provide up to 10 hours of additional usage on devices with 3500mAh battery capacity. The company claims that the power consumption has been reduced by 60 percent, while boosting performance by 40 percent over existing chipsets. This has been achieved by placing transistors vertically. The Kirin 950 also has an i5 “always sensing” co-processor, which is possibly a DSP meant for always-on sensors. It will be taking care of the sensor hub, barometer, gyroscope, magnetometer, and accelerometer. The power consumption has been reduced to 6.5mA from the i3 DSP’s 90mA.

The Kirin 950 features support for VoLTE technology, which will also be making its way on to the older Kirin 920 and 930 chipsets as well. There have been improvements in the quality of voice calls and music playback as well. Huawei has said that it supports a frequency range from 50Hz to 7KHz, resulting in greater frequency response during voice calls and lower latency as well.

A GFXBench test result was leaked earlier today, that shows the Kirin 950 outperforming the Exynos 7420. According to the listing, Kirin 950 racked up a single-core score of 1710 points, and 6245 points on multi-core performance. It beats the Exynos 7420 by a fair margin, which had 1486 points on single-core performance and 4970 points on multi-core. The results are comparable to the latest Snapdragon 820 scores, that were also leaked.

Huawei has teased the Mate 8 recently, with suggestions that the phone will be released on November 26. It is expected to be the first device to ship with the Kirin 950 SoC. With the MediaTek Helio X20, Qualcomm Snapdragon 820, Apple A10 and the Exynos 8890 also in the fray, 2016 promises a pitched battle for mobile chipset supremacy.