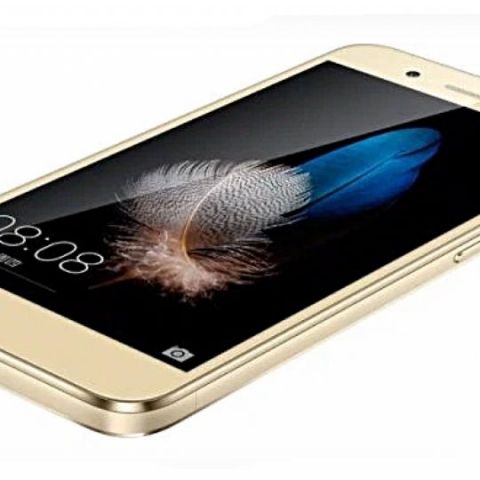 Huawei has just announced a new mid-range smartphone, the Enjoy 5S in China today. The phone is now listed in the company’s official Vmall store and is priced at CNY 1,199 (Rs. 12,500 approximately). Sale will start from December 10. The phone is a different version of the Enjoy 5 which the company launched in October earlier this year.

The Enjoy 5S is powered by a MediaTek MT 6753T SoC. This is an octa-core SoC with its processors clocked at 1.5GHz. It comes with 2GB of RAM and the phone offers 16GB of on-board storage. The storage can be further expanded via a microSD card. It supports microSD cards to upto 128GB. It features a 5-inch 720p HD display. Unlike the Enjoy 5 which uses a 5-inch AMOLED panel, the Enjoy 5S uses a IPS LCD display.

One of the key features of the phone is its fingerprint sensor. It uses a second generation FPC push fingerprint sensor. Mounted on the back is a 13MP shooter which uses a BSI CMOS sensor and can record video in 1080p full HD.  Huawei has added other software features like time-lapse, HDR and audio photo to the camera app as well. On the front, it has a 5MP camera. The phone is running on Android 5.1 Lollipop which is layered under Huawei’s EMUI 3.1 Lite UI. The device has a 2200 mAh battery, which gives about 7 hours of talk time on 2G and 3.33 hours of talk time on 4G. It supports dual SIMs and the second SIM is a hybrid slim slot which can either take your secondary SIM card or a microSD card. Connectivity options include 4G-LTE, Bluetooth, Wi-Fi, GPS/A-GPS and micro USB port.

The phone weights 135 grams and the dimension of the phone are 143.5x71.0x7.6mm. Huawei hasn’t announced the price and availability of the phone for global markets yet. Recently, the company also announced the Huawei Mate 8 phablet in China which is expected to come to other countries after CES 2016. Apart from Huawei, almost all major companies will be launching their next flagship devices at the event.