HTC's Windows Phone 8 powered smartphone; the HTC 8S is available for purchase online for Rs. 19,350. Those interested can order the smartphone from Saholic or Flipkart. 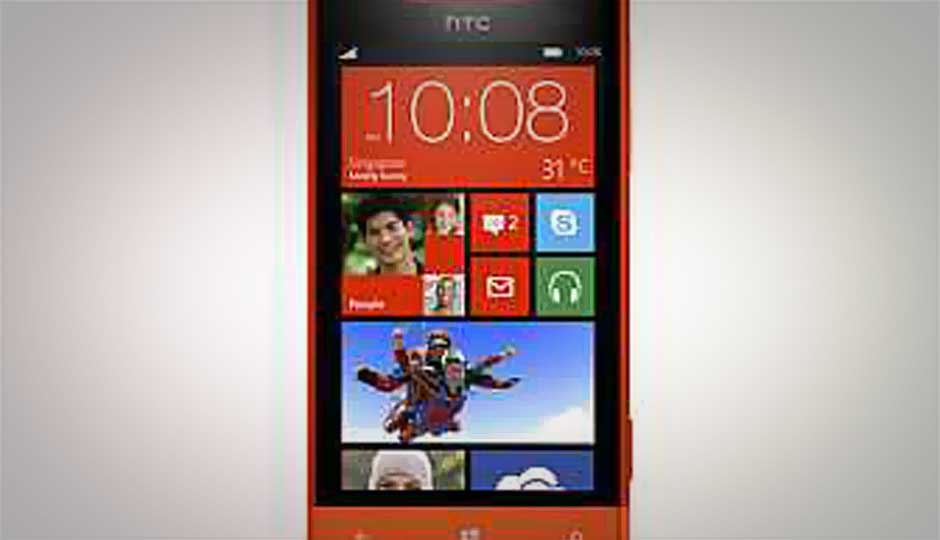 HTC’s Windows Phone 8 powered smartphone; the HTC 8S is available for purchase online at Rs. 19,350. Those interested can order the smartphone from Saholic or Flipkart.

The HTC Windows Phone 8S, runs on the Qualcomm Snapdragon S4 chipset with a dual-core 1GHz processor and Adreno 225 GPU coupled with 512MB of RAM. The 8S features a 4-inch S-LCD display with an 800x480 pixel resolution (translating to 233ppi), and a Gorilla Glass screen.

10.3mm-thick, the HTC Windows Phone 8S weighs in at 113 grams, and features 4GB of built-in storage, with microSD expandability up to 32GB. HTC has given the Windows Phone 8S a 5MP autofocus camera with LED flash, and support for 720p HD video recording at 30fps. The WP8S also comes with Beats Audio sound. As for connectivity options, the HTC Windows Phone 8S offers 3G (HSUPA/HSDPA), Wi-Fi 802.11 b/g/n, Bluetooth v2.1 with A2DP and EDR, microUSB v2.0, GPS with A-GPS support, and a 3.5mm audio jack. A 1,700mAh battery powers the 8S. You can check out our first impressions of the device here.

If you are in the market to pick up a Windows Phone 8 powered device and are confused as to which is the device for you, you can take a look at our comparison of all the Windows Phone 8 devices currently available here.

We have already seen HTC’s flagship Windows Phone 8 device, the 8X hit store shelves in India. It boasts of a Qualcomm S4 dual-core 1.5GHz processor and 1GB RAM along with Adreno 225 graphics. The display is a 4.3-inch S-LCD2 with a 1280x720 pixels resolution. It has 16GB built-in storage with no expandable memory card slot. The rear camera is 8MP and it has an 1800mAh battery. You can read our detailed review of the smartphone here.