HTC U11 Plus and U11 Life specifications leak, launch expected on November 2 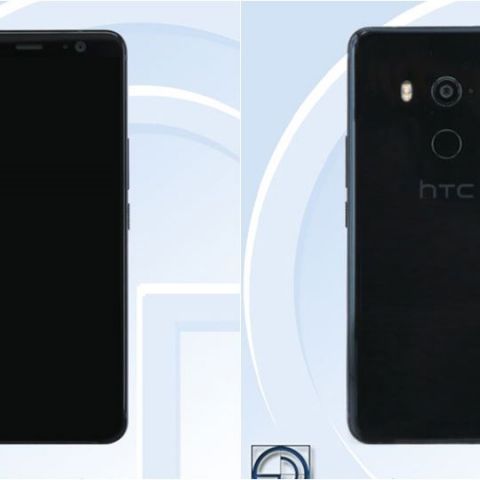 There have been multiple leaks leading up to the launch invite revealing the details of the two devices and now we have more information about both the smartphones. The HTC U11 Plus will be the flagship handset that the company believes will resurrect it's declining prospects in the premium smartphone segment. The smartphone has made its way through China's TENAA revealing the design and complete specifications.

HTC U11 Plus will be the first smartphone from the company to feature new bezel-less design, already adopted by its peers including Samsung, Apple, LG and even Xiaomi. The smartphone will sport a 6-inch WQHD+ IPS LCD display and will come in two variants: 4GB RAM with 64GB storage and 6GB RAM with 128GB storage. As far as the camera is concerned, the U11 Plus is expected to sport a single 12MP rear camera with f/1.7 aperture and dual-LED flash and an 8MP front camera. The handset is expected to be 9.2mm thick and pack a 3930mAh battery. Other features include IP68 water resistance, Edge Sense and BoomSound support. HTC U11 Life, on the other hand, is also expected to debut on November 2 with mid-range specifications. The handset has passed through GeekBench revealing 3GB RAM, Snapdragon 660 chipset and Android 7.1.1 operating system in the process. The U11 Life is expected to sport a 5.2-inch display and sport a 16MP front and dual rear camera. The smartphone is expected to pack a 2600mAh battery.

HTC recently sold part of its engineering division to Google for $1.1 billion raising questions about company's future in the smartphone business. However, HTC is not giving up on making smartphones just yet and on November 2, the Taiwanese tech giant could detail its future plans alongside the launch of new smartphones.