HTC to shut down its Sense cloud storage service

HTC has announced that it will temporarily shut down its HTC Sense cloud services on 30 April. Users have until April 30 to download the back up data. 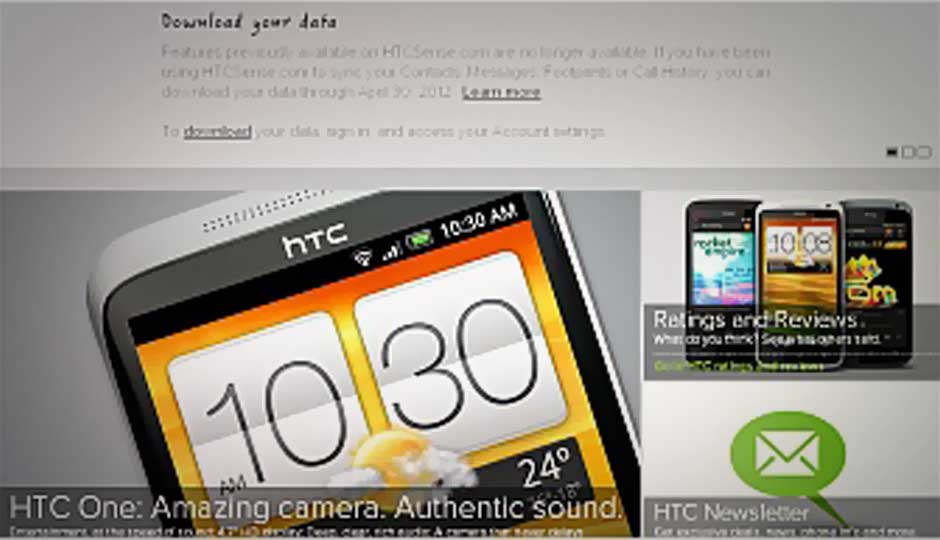 HTC to shut down its Sense cloud storage service

HTC has said it is shutting down its cloud storage service HTC Sense. The company has given users until April 30 to keep hold of their data as the company has decided to delete them.

Explaining reason behind the move, HTC says the htcsense.com is "undergoing a renovation". "Until the new services are ready, features previously available on HTCSense.com will be shutting down," a letter on the site says. However, HTC also promises to keep users updated about the launch of “new and improved” cloud storage services.

Users will need to login at HTCSense.com with their username and password to download a zip file having the backup data. HTC has also suggested users, who are seeking services such as phone-locating service or backup service, to visit Google Play, the rebranded version of Android Market, and download a suitable application.

HTC had launched HTCSense in 2010, aiming to compete with the likes of Apple's icloud storage service. However, the HTC cloud storage service did not turn out to be a huge success. The company now seems to have decided to come up with a complete renovation of the service and give it a grander launch in 2012.