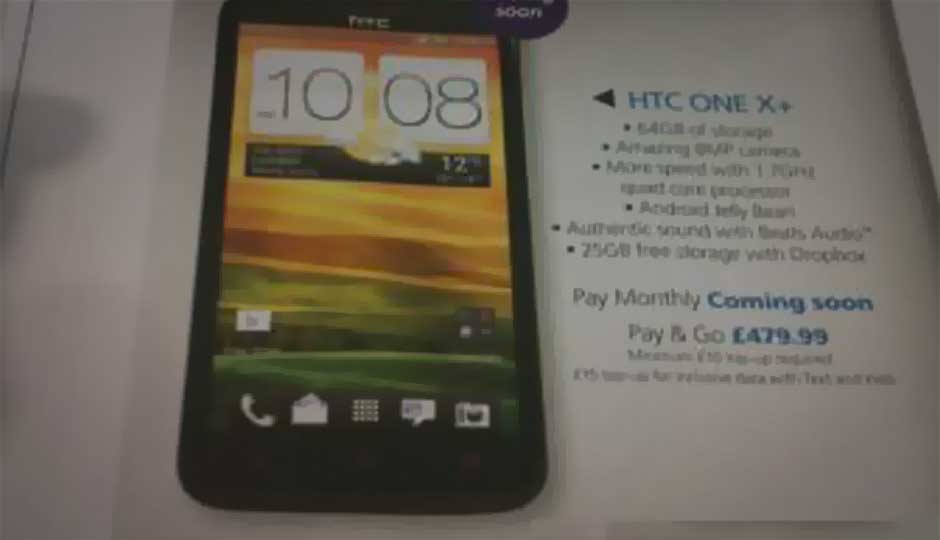 Rumours of the HTC One X have once again surfaced. An image purportedly of the HTC One X made an appearance on the web, showing complete specs and pricing. According to reports, the One X has notable bump in specs as compared to the original HTC One X.

GSM Arena in its report says the HTC One X will have a faster quad-core CPU, clocked at 1.7GHz along with 64 GB built-in storage. Running on the latest Android version 4.1, Jelly Bean, the One X will come with 25GB of Dropbox storage. Other specifications include 8MP rear camera and Beats Audio integration. The One X has been priced £479.99 for the U.K. The device is however expected to be priced much lesser in Asian markets. Here's the alleged image of the One X spotted in brochure for UK's wireless carrier O2:

In the meanwhile, another image of the One X has surfaced on the web via @evleaks on Twitter:

Earlier rumours had suggested the device would feature a 5-inch HD display, taking on the likes of the Samsung Galaxy Note II. Read our previous coverage on the HTC One X here. Also check out the specs of the One X that had leaked on Twitter: