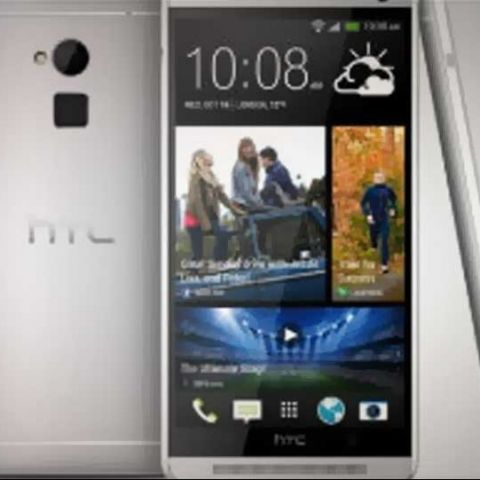 The HTC One Max is now official. The phablet has a 5.9-inch full HD IPS display and looks like a larger version of the HTC One. There is no information available about the pricing of the device. There is also no information available as to when the device will launch in India but it is expected to hit markets in Europe and Asia at the end of this week and the US before the end of the year.

Under the hood, the HTC One Max is powered by the Snapdragon 600 chipset with a 1.7GHz quad-core Krait 300 CPU along with the Adreno 320 GPU and 2GB of RAM. Just like the HTC One, the One Max has the 4MP UltraPixel camera that can shoot video in 1080p at 30FPS and 720p video at 60FPS. The HTC One Max has the same rear aluminum finish as the HTC One with the only difference being that this time around the back is removable but you still don’t have access to the 3300mAh battery. There is however a slot for a microSD card where you can expand on the 16GB built-in storage.

The HTC One Max runs on Android 4.3 Jelly Bean straight out of the box and is skinned with the Sense version 5.5. There is no Beats audio built into the device but it does boast of BoomBass speaker.

HTC also has a special lineup of accessories lined up for the HTC One Max. To start with, there is a capacitive aluminum stylus that users can use with the display. There is also a Power Flip Case that adds an additional 1200mAh battery to the phablet. HTC Fetch accessory is there for easily locating the device with the help of the BoomBass speaker.

In India, the HTC One Max will compete with the Sony Xperia Z Ultra, the Samsung Galaxy Note 3 and the LG Optimus G Pro.