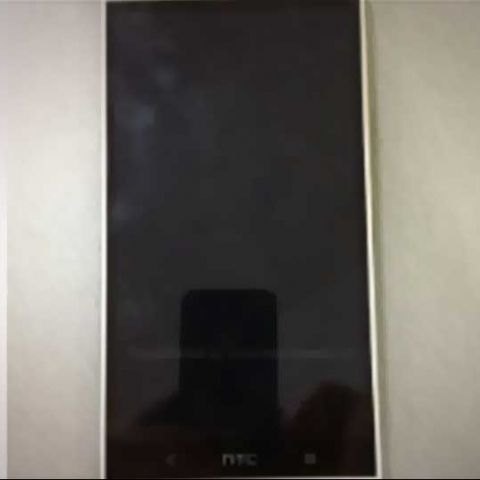 Images of the forthcoming HTC One Max smartphone have been leaked online and show the phone’s massive 5.9-inch display. The One Max is a larger version of the HTC One, the Taiwanese phone maker’s flagship smartphone that was revealed in February of this year and launched in March. Apart from the One Max, HTC is also expected to launch the One Mini this month, which is a smaller, lower-priced variant of the original One.

As expected, the leaked images show that the HTC One Max will carry over the same design elements as the original One. This includes an aluminium unibody, a very thin bezel with two thin strips of metal at the top and bottom of the display, which host the speaker grills and the front-facing cameras.

The HTC One Max is expected to be powered by a Snapdragon 800 SoC with a 2.3GHz quad-core processor, Adreno 330 GPU and 2GB of RAM. The 5.9-inch display will have full-HD resolution and the smartphone will feature the same 4MP Ultra-Pixel camera as the original One. The One Max is expected to be about 9.4 mm thin and will run on Android 4.3 Jelly Bean with the HTC Sense 5.5 UI and a 3300mAh battery.

There’s no word yet on an actual launch date or pricing, so keep your eyes on this space.