HTC has launched the One M9 Plus smartphone in India for Rs 52,500. The smartphone will be available in the country from May 3. HTC has also announced the One E9 Plus which is expected to reach the Indian market in the second-half of May, though the pricing have not been revealed yet.

The HTC One M9 Plus is the larger version of the company's flagship One M9 smartphone. It features a 5.2-inch Quad-HD display with 1440 x 2560 pixels resolution. The smartphone is powered by an octa-core 2.2 GHz MediaTek  Helio X10 processor with 3GB of RAM. It has 32GB of inbuilt storage expandable via microSD card slot up to 2 TB.

Connectivity options included in the HTC One M9 Plus are 4G LTE, NFC, Wi-Fi, Bluetooth and MicroUSB. It has a 20 MP rear dual cameras with sapphire lens cover and a front 4 MP Ultra pixel camera. The smartphone runs Android 5.0.2 Lollipop with HTC Sense 7 UI on top. It packs a 2840mAh non-removable battery. The HTC One M9 Plus smartphone will be available in Amber Gold, Gunmetal grey and Silver Gold colors. 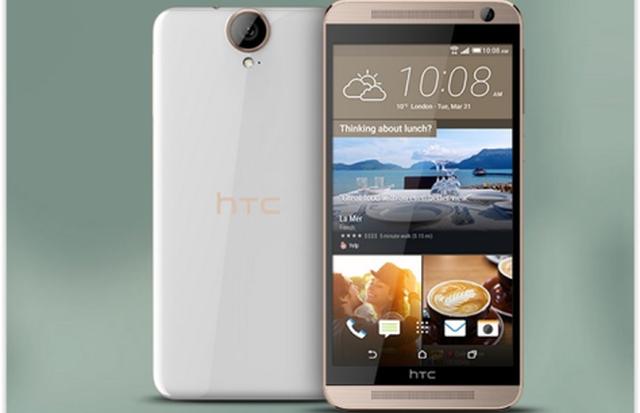 HTC has also announced the One E9 Plus smartphone with a 5.5-inch Quad-HD display in India. It has a MediaTek helio X10 processor coupled with 3 GB of RAM and runs Android 5.0 with HTC Sense 7 UI. The smartphone has a 20 MP rear camera and an ultra pixel front snapper. Connectivity options included in the One E9 Plus are dual-SIM support, 4G LTE, NFC, Bluetooth, USB and WiFi. It is backed by a 2800 mAh battery. The One E9 Plus has a plastic body but comes with a similar dual-tone colour finish as the One M9 Plus. The smartphone will be available in Gold Sopia, Meteor Grey and Rose Gold colours.