The HTC One S9 is a smartphone that falls somewhere in between the One M9 and the One A9. 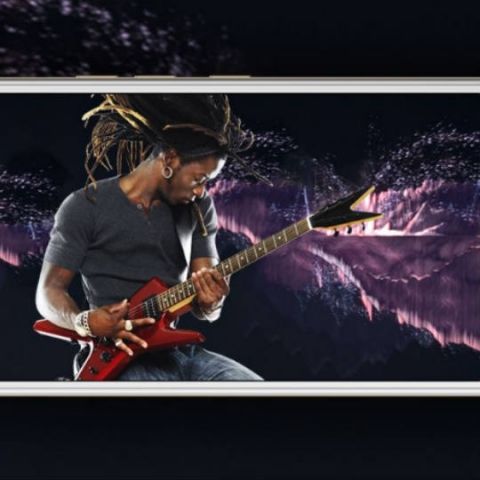 Remember the HTC One M9 that was launched last year and never came to India? it has a new sibling, and is called the One S9. The HTC One S9 joins HTC's shelves with the One M9, A9, X9 and E9. At a first glance, the design of HTC’s latest smartphone resembles its previous phones, especially the one M9. The One S9 has an all-metal build just like M9, and and is powered by the Helio X10 SoC from MediaTek that we saw with the company’s 2015 flagship in India, the HTC One M9 Plus.

Core Aspects
As we mentioned earlier, the new HTC One S9 looks quite similar to the previous One M9, featuring a similar brushed metal back and different coloured sides. The front of the phone is slightly different as instead of the large speaker grilles, the HTC One S9 feature slits. HTC has equipped the One S9 with a 5-inch Full HD Super LCD display offering 441ppi pixel density and Corning Gorilla Glass protection. It uses the 2GHz octa-core MediaTek Helio X10 SoC that was also seen on the Le 1s smartphone. It is accompanied by a PowerVR G6200 GPU. There is 16GB of onboard storage, and offers support for microSD cards of up to 2TB, although only 200GB is the maximum limit of microSD cards available in the market right now.

Camera, Battery, Other Details
Unlike the One M9, the One S9 features a 13MP rear camera with OIS, 28mm lens with f/2.0 aperture. There is a 4MP UltraPixel camera on the front that supports HDR. The camera setup on the One S9 reminds us of the camera setup that HTC used on the One A9. To power the device, there is a non-removable 2840mAh Li-ion battery. The phone runs on Android Marshmallow 6.0 out of the box with HTC Sense layered on top of it. The HTC One S9 does not come with fingerprint scanner or USB Type-C port, and supports 4G LTE networks.

The HTC One S9 has been listed on the company’s German website for 499 Euros (Rs. 37,510 approximately). As of now, the company hasn't announced if the phone will be sold outside Europe.

HTC One S9 HTC One M9 HTC One A9
Advertisements