HTC Desire 12, Desire 12 Plus now available for purchase in India 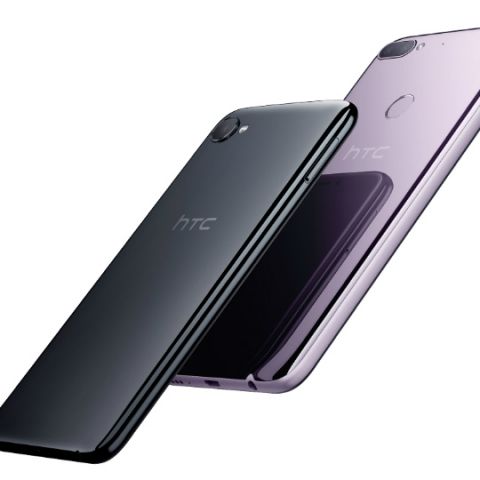 HTC’s first smartphones of 2018 were launched in India last week and can now be bought both online and offline starting today.

The HTC Desire 12 Plus is the larger variant, which features a 6-inch HD+ IPS LCD display with a taller 18:9 aspect ratio. It is powered by the Qualcomm Snapdragon 450 SoC with 3GB RAM and 32GB of internal storage, that can be further expanded up to 2TB using a microSD card. The device features a 13MP + 2MP dual-rear camera setup that supports PDAF and comes with a f/2.2 aperture, Bokeh support and more. On the front, it is equipped with an 8MP camera with f/2.0 aperture lens. The handset packs a 2965mAh battery and runs on Android 8.0 Oreo.

The HTC Desire 12 is powered by the MediaTek MT6739 SoC and features a 5.5-inch HD+ IPS LCD display with an 18:9 aspect ratio. The device comes in two variants, one with 2GB RAM/16GB ROM and another with 3GB RAM/32GB expandable storage. However, only the 3GB memory variant is up for sale in India. The 13MP single rear camera on the device comes with a f/2.2 aperture lens, supports PDAF and is supplemented with an LED flash. On the front sits a 5MP sensor, which supports Face Unlock feature, given that there is no fingerprint sensor on the device. The dual-SIM smartphone is powered by a 2730mAh battery with a Micro-USB 2.0 port for charging and there’s the 3.5mm headphone jack is also present.