HTC says that their recently posted teaser image shows how competitors “inelegantly cram” their components in their devices. 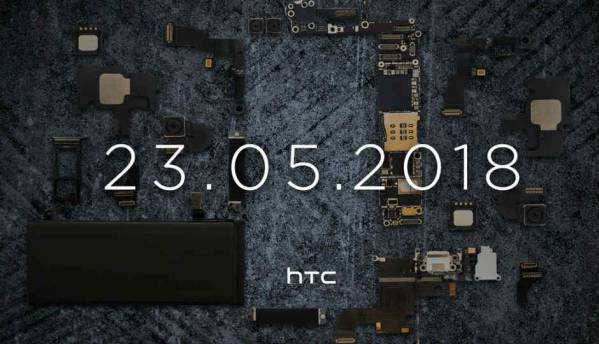 HTC recently announced the launch date for its upcoming smartphone through a unique teaser. The company posted an image showcasing, what we presumed to be, the internal components of the alleged HTC U12+ in an 'iFixit-style' teardown. The caption accompanying the image read, “A phone that is more than the sum of its parts.", which will be unveiled on May 23. However, an AnandTech reader noticed that the displayed parts in the teaser are reportedly from Apple's iPhone 6. This has been reaffirmed by the images of the iPhone 6’s components from an iFixit teardown, as well as by HTC itself. The company, in a statement to CNET, has said that they have intentionally used parts from different phones as they “represent the jumble of parts (specs) that our competitors inelegantly cram into their phones,”

HTC says, “We're glad people are studying our teaser so closely. The fact people have noticed parts from different phone models is exactly right – they represent the jumble of parts (specs) that our competitors inelegantly cram into their phones, while the space in the middle outlining HTC's next phone represents 'a phone that is more than the sum of its specs. To be clear, none of the parts illustrated in the teaser came from the phone we're announcing May 23rd; people will have to tune in to htc.com that day to find out more…” As per the report, Kyle Wiens, iFixit co-founder says that HTC used two Apple Taptic Engines, two earpiece loudspeakers and maybe some Samsung components as well.

HTC is speculated to unveil its flagship HTC U12+ smartphone on May 23 and it could be the company’s only flagship device for 2018 as the company is reportedly cutting down costs and investing more on research and marketing. The U12+ is speculated to be powered by the Qualcomm’s Snapdragon 845 SoC and come with 6GB RAM. It could launch in two internal storage variants of 64GB and 128GB, and could feature a 6-inch LCD panel with a WQHD+ resolution.

The smartphone is rumoured to come with a 16MP + 12MP dual-rear camera setup and an 8MP front-facing sensor. However, some previously leaked renders of the smartphone hint at a quad camera setup with two cameras on both, the front and the rear. There are also cutouts for a fingerprint sensor below the vertically stacked dual cameras. In conclusion, the company says that their upcoming smartphone will have more to offer than devices made by other smartphone companies. We will have to wait for the device to actually find out whether it lives up to the promise or not.