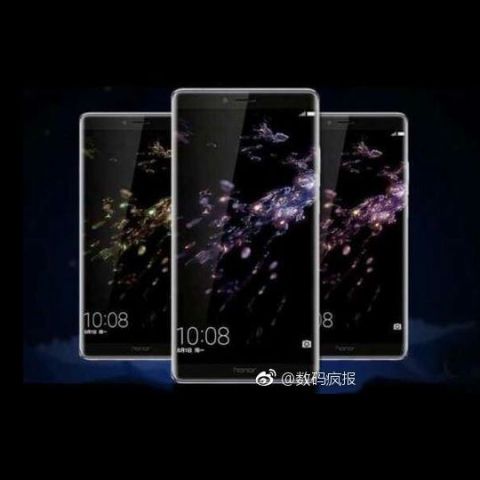 Honor, Huawei's online brand could soon announce its next smartphone, the Huawei Honor Note 9, in China. The handset will be the successor to last year's Honor Note 8 and will act as a large-screen variant of the Honor 9, announced in June this year.

According to a new image posted on Weibo, the Honor Note 9 is expected to sport a full-screen display and thinner bezels, compared to the company's existing smartphone lineup. The device is expected to be powered by Huawei's own Kirin 965 chipset, yet to be used on any other device. The handset will offer 6GB of RAM, coupled with 64GB onboard storage.

Other details include a dual 12MP rear camera setup and a beefy 4600mAh battery. The smartphone is said to become available via the company's online retail store sometime in September. Huawei, with the help of its Honor brand, has been able to hold on to its leadership position in China's smartphone market.

The company's consumer business chief recently pointed at the launch of its flagship Mate 10, with a bezel-less display to compete with Apple's next iPhone. He added that the smartphone will have far better features than the iPhone and now GSMArena reports that the device could debut on October 16 at an event in Munich.

The Mate 10 and Honor Note 9 will both be big-screen smartphones, which is becoming a general trend among manufacturers. It remains to be seen whether Huawei manages to hold on to its position in China and defeats the likes of Apple and Samsung at the global stage.