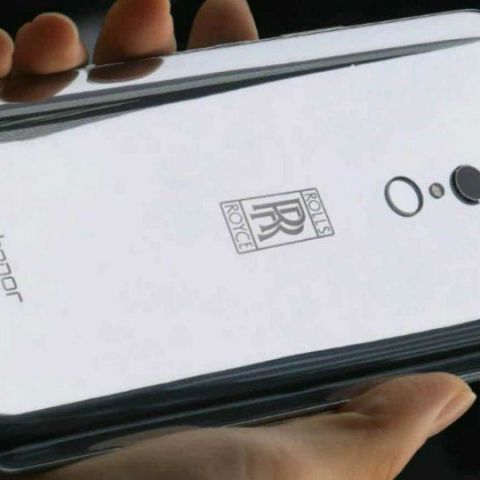 Honor could launch a Rolls Royce Edition of the Honor Note 10 smartphone on July 26, in China. SlashLeak posted an image of the device, tipping at the external changes it could come with. As per the image, the smartphone’s rear panel houses a vertically stacked dual camera in the centre, below which rests the fingerprint sensor. There is some spacing between the Rolls Royce logo and the fingerprint scanner, and the Honor logo is almost near the bottom edge, on the back. The rear of the smartphone looks as if it’s there is a thin layer of chromium on top of a shiny, reflective and possibly fingerprint-philic finish.

GizmoChina reports that the Honor Note 10 Rolls Royce Edition could be priced at a whopping Yuan 9998 (Rs 1,02,730 approx) and is said to come in a Mirror Silver colour variant. Another SlashLeak image outed eight new colour options for the smartphone, alongside the Rolls Royce edition, however, the leaked image is said to be fanmade and was later labelled as a fake.

Talking about specifications, the upcoming Honor Note 10 is speculated to feature a 6.9-inch QHD+ display and could be powered by Huawei’s Kirin 970 processor. It is expected to feature 6GB RAM and launch with the company’s proprietary GPU Turbo technology, which is said to enhance the graphical performance of a device by up to 60 per cent. It’s not yet known if the Honor Note 10 will use upgraded sensors for the dual primary cameras. However, rumours suggest that it could be powered by a massive 6000mAh battery.

The standard variant of the Honor Note 10 was recently spotted on Geekbench. As per the listing, The device manages to score 1901 in single-core tests and 6818 in multi-core tests. This is slightly more than what the P20 Pro scored in our review. The P20 Pro scored 1897 in single core performance and 6667 in multi-core tests. Additionally, the Honor Note 10 is listed running on Android 8.1 Oreo. The slight boost in these numbers could be due to the use of GPU Turbo tech. You can read more on the upcoming device here.