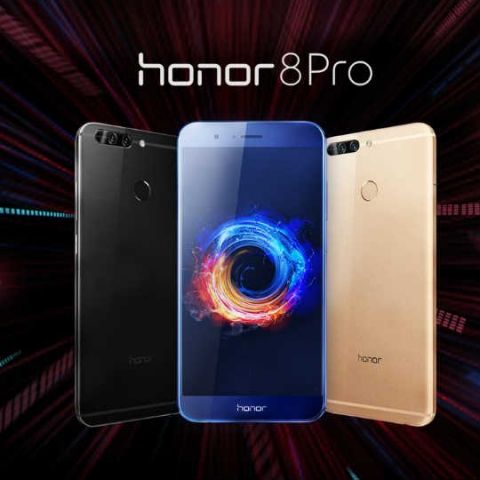 Honor, Huawei's e-brand has announced the Honor 8 Pro for the European market starting at €549. The Honor 8 Pro is not a new smartphone but simply a rebranded version of Honor V9, which was launched exclusively for the Chinese market in February.

The Honor 8 Pro sports a 6.97mm thick unibody metal design and runs EMUI 5.1 based on Android 7.0 Nougat. The smartphone is backed by a 4000mAh battery rated to last up to two full days. Honor 8 Pro is launching in UK, France, Germany, Italy, Spain and Switzerland.