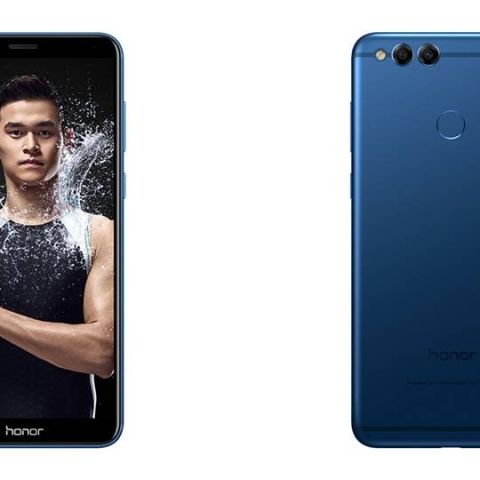 Honor’s Global President, George Zhao has announced that the Honor 7X smartphone will launch in India by December this year. Huawei’s sub brand Honor had launched the device in China last month and in an interview with IANS, Zhao said that the handset will also be available via offline channels in India.

“We will launch Honor 7X in December at such a price that it will have no competitor in that segment,” Zhao said during the interview, while unveiling the company’s roadmap for the Indian market. He further mentioned that Honor will soon start including AI capabilities in its smartphones, probably within the current quarter.

“We have the capability to out compete other dominating players in the Indian smartphone market in terms of quality, but our marketing efforts need to improve,” Zhao said during the interview. Honor spends just three percent of its revenue in marketing, the report states.

The Honor 7X sports a 5.93-inch LCD display with a 2160 x 1080p resolution. It is powered by a Kirin 659 chipset coupled with 4GB RAM and comes with options for up to 128GB of internal storage. It also supports expandable storage via a microSD card slot.

The Honor 7X features a 16MP+2MP dual rear camera setup and comes with an 8MP front camera. The handset runs EMUI 5.1 skin on top of Android 7.0 Nougat and sports a rear mounted fingerprint sensor. It is powered by a 3340 mAh battery and uses microUSB port for charging.