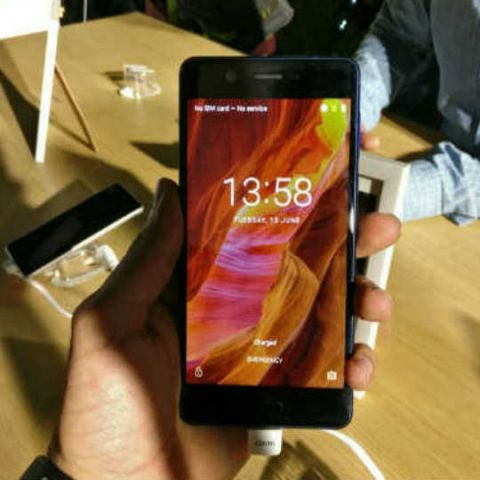 Nokia 5, the offline-exclusive smartphone from HMD Global is expected to hit retail stores tomorrow. HMD Global had reportedly delayed the availability of the Nokia 5 and online-exclusive Nokia 6 in order to fulfill the demand for its budget Nokia 3 handset.

According to a new report on Indian Express, the Nokia 5 will become available for purchase starting August 15. The pre-bookings for the device began on July 7 from select retail outlets in Delhi NCR, Mumbai, Bengaluru, Hyderabad, Chennai, Kolkata, Pune and Kozhikode. At the time of the Nokia 3 launch, HMD Global had confirmed that its Nokia-branded smartphones will be available offline from over 400 exclusive distributor networks covering more than 80,000 stores. It also claims to have after sales service centers across 300 locations in the country.

The Nokia 5 is a mid-range Android smartphone positioned between budget the Nokia 3 and the mid-range Nokia 6 smartphone. While the Nokia 3 is priced at Rs 9,499, the Nokia 5 will hit retail stores at Rs 12,899. The smartphone features a 5.2-inch 720p HD display and is powered by Qualcomm's Snapdragon 430 chipset. The smartphone comes with 2GB RAM and 16GB internal storage, further expandable up to 128GB via SD card slot.

It sports a 13MP phase detect autofocus rear camera with f/2.0 aperture and dual-tone LED flash. The selfie duty is taken care of by an 8MP autofocus front camera with f/2.0 aperture and 84-degree wide angle lens. The smartphone runs latest Android 7.1.1 Nougat with confirmed upgrade to Android O and is backed by a 3000mAh battery. Nokia 5 will be available in tempered blue, silver, matte black and copper colour options.

Last week, HMD Global confirmed that its Nokia 6 smartphone has surpassed 1 million registration ahead of its sale on August 23. The smartphone priced at Rs 14,999 will be available exclusively on Amazon India.