HMD Global expected to launch entry-level Nokia 2 today: Livestream, leaks, specs, price and everything else you need to know

The Nokia 2 is expected to be HMD Global's competitor to Xiaomi's best-selling Redmi 4A in India. The smartphone has leaked in the form of renders and could be priced around Rs 6,000. 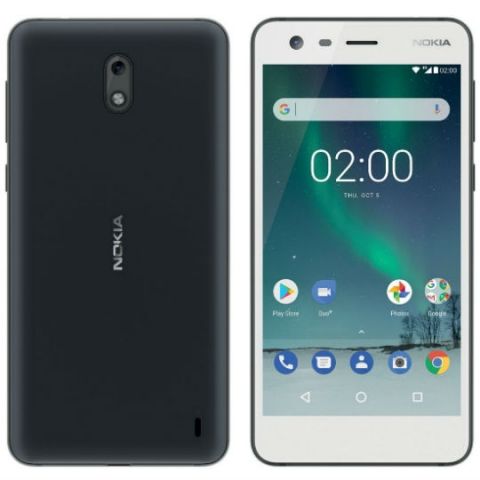 HMD Global, the Finnish startup with license to sell Nokia-branded smartphones, is set to launch a new smartphone in India today. The company is hosting an event scheduled to start at 11.30AM IST where it might announce the entry-level Nokia 2 smartphone. The launch event will be livestreamed via company's Facebook account and is expected to start at 12 noon.

HMD Global announced the comeback of Nokia-branded smartphones with the launch of Nokia 6 in China in January. The company then launched the global variant of the smartphone alongside the cheaper Nokia 3 and Nokia 5 at MWC in February and it started selling the devices only in June. Last month, HMD Global launched its flagship Nokia 8 in India and with the launch of Nokia 2, it will have an entry-level offering primarily aimed at the Indian market.

The Nokia 2 has been part of multiple leaks and has appeared on both Antutu and GeekBench benchmarking platforms. In terms of specifications, the smartphone is expected to sport a 720p display measuring 4.7-inch to 5-inch in dimension. Under the hood, it is likely to get a Snapdragon 212 chipset coupled with 1GB RAM and 8GB internal storage. Nokia 2 is also tipped to feature an 8MP rear camera and a 5MP front camera.

The Nokia 2 was listed by an US retailer ahead of its official launch with a retail price of $99. The smartphone could be priced around Rs 6,000 in order to stay competitive in the crowded Indian market and its USP is expected to be the 4000mAh battery. The handset is expected to compete against Xiaomi Redmi 4A, another entry level smartphone from the Chinese smartphone maker.

HMD Global had recently launched Nokia 7, a mid-range smartphone exclusively for the Chinese market. It is not immediately clear whether HMD Global plans to bring that smartphone to India. It features a 5.2-inch Full HD display, Snapdragon 630 chipset, 4GB or 6GB RAM and 64GB storage. It gets a 16MP primary camera with f/1.8 aperture, Carl Zeiss optics and a 5MP front camera. The smartphone also supports Bothie mode that allows users to shoot with both front and rear camera at the same time. It features a 3000mAh battery and runs Android 7.1 Nougat.

Some reports suggest that HMD Global has already shipped over 1 million smartphones and is preparing to further position itself as a serious smartphone player. With Nokia 2, the company will finally make a major bet at Indian market, where budget and mid-range smartphones drive volume over premium smartphones.