The Nokia 105 feature phone is priced in India at Rs 999 for the single SIM variant and Rs 1,149 for the dual SIM variant. The Nokia 105 will go on sale starting July 19 while Nokia 130 will be made available at a later stage. 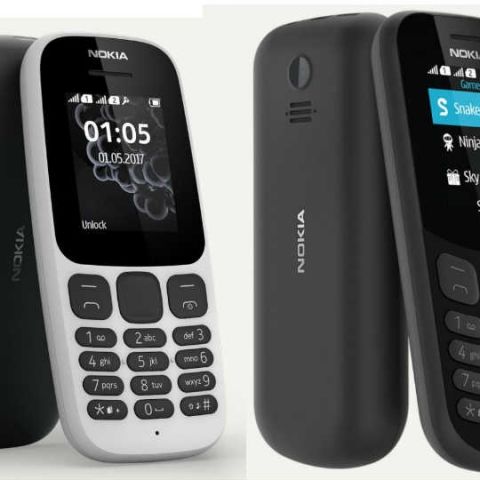 The Nokia 105 sports a candybar design similar to other feature phones from the company with a redesigned island style keypad. It sports a 1.8-inch display and is backed by an 800mAh removable battery, rated to deliver 15 hours of talk time and a month long standby. The 2G feature phone runs Nokia Series 30+ platform with 4MB RAM, 4MB ROM and FM Radio support. The feature phone offers a built-in flashlight, micro USB port, 3.5mm audio jack and will be available in blue, white and black colour options with a matte finish. The Nokia 105 is priced at Rs 999 for the single-SIM variant and Rs 1,149 for the dual-SIM variant.

"With more than 4 billion people remaining offline and unable to benefit from the social and economic development opportunities of the internet, simply getting connected by voice and text is still such an important step for many people around the world," said Arto Nummela, CEO, HMD Global.

The Nokia 130, on the other hand, also features a 1.8-inch display like the Nokia 105 feature phone but offers camera and improved memory. The handset comes with 8MB storage and supports expandable storage up to 32GB via microSD card slot. It also gets a VGA rear camera capable of capturing videos and offers Bluetooth support. It offers a 1020mAh battery rated to deliver 11.5 hours of video playback, and 44.5 hours of FM Radio. Nokia 130 also runs Series 30+ and includes a flashlight, micro USB charging port and 3.5mm audio jack.

Both Nokia 105 and Nokia 130 come preloaded with Snake Xenzia game and Nokia 130 buyers can also try and buy 5 additional games from Gameloft. Nokia 130 is globally priced at $21.50 (approximately Rs 1,500) excluding taxes and subsidies and will be available in single and dual SIM variants. The feature phone will retail in red, grey and black colour options.