After following the routine of being subjected to the usual rigmarole of rumours and speculations, Google finally blessed us with Android 4.3 Jelly Bean. By blessed, we mean the company officially announced the new OS for smartphones and tablets. The update brings in a host of new features to Android, without looking much different from the predecessor. Google also announced that the existing Nexus devices - the Nexus 4 smartphone and the Nexus 7 and Nexus 10 tablets will start getting Android 4.3 from today, via an Over the Air (OTA) update. This update retains the Jelly Bean family name.

With Android 4.2, Google had added support for multiple users on tablets. The feature has now been updated with Restricted Profiles, which allows for configuring per-user access to apps and games, as well as content on the device.

Google’s own suite of stock apps has been updated - Hangout replaces Talk, Drive, Chrome and Maps have been given a refresh and Google Keep is now available on the device straightaway.

Android 4.3 adds the Notification history feature, just in case you need to go back and check the details of a notification from a few days back. The new notification system will also sync notifications better across devices - meaning if you have already read a message on one device, you will not be prompted to do the same on another Android device as well. Third party apps get access to notifications, which is an indicator that devices like smart watches will now work better with Android. 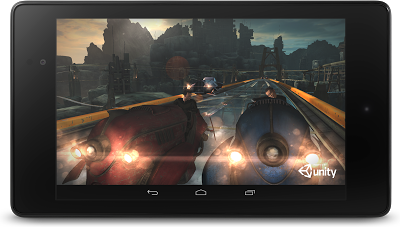 Gaming experience also gets an improvement, with Android 4.3 supporting OpenGL ES 3.0, bringing Android up to date with the industry standards for accelerated 3D graphics. Google also unveiled the Google Play Games app, which is the hub for accessing the game’s leader-boards, and see how your friends are doing in the same game. If you have used iOS’s Game Centre application, Play Games app is pretty much on the lines of that. 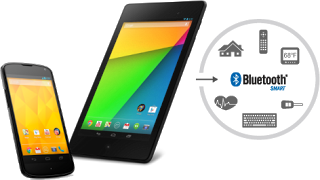 Bluetooth 4.0 with the power saving modes is now supported by the OS, something which relied on manufacturer provided drivers’ till now. The ACRCP1.3 support for metadata streaming is also added, meaning your phone can now send the track’s data to the music system it may be connected to, by Bluetooth.

Google has added the Dial pad autocomplete, which suggests phone numbers and contacts as you are punching in the numbers on the dial pad. With Android 4.3, you can use Wi-Fi to detect location all the time, without actually having to switch it on.

If you are using a Nexus device, you won’t have to wait too long to get these new features, because Google has announced that it is already seeding the update to the Nexus series of devices - the Nexus 4 smartphone and the Nexus 7 and Nexus 10 tablets.