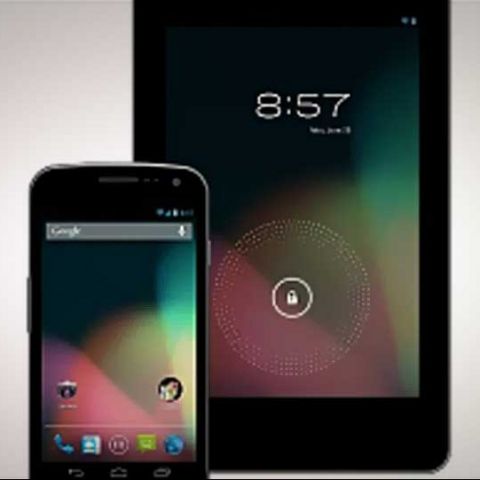 Google introduced the latest version of the Android operating system at its I/O developer event last night, called Jelly Bean, which will be available for platform lead devices by mid-July, along with the source code. Of course, we’ll have to wait a while for manufacturer-customized devices to get their own updates.

Android 4.1 Jelly Bean is an incremental update to ICS (not Android 5.0 as had been expected), which is aimed to make Ice Cream Sandwich “smoother, faster and more fluid”. It mostly brings UI changes ranging from improved notifications and onscreen keyboard, to widget control, voice typing and the native camera app. Most importantly however, are the host of developer changes (full list available on the Android Developers site) it brings, which promise to give app creators greater flexibility and control.

Project Butter
First up, in the list of changes to Jelly Bean, is Project Butter – which uses vsync timing and triple buffering to make the touch responsiveness of Jelly Bean devices as smooth as butter. All animation, display refreshes will be locked to a 16 millisecond vsync heartbeat. Google says touch responsiveness has been further improved by predicting where the next touch will be, and in case of a time-out, will use a CPU input boost to ensure minimal latency.

Widget Control
Google has improved the widget-adding experience with Jelly Bean. App widgets can now be automatically resized, depending on where the user drops them on the homescreen, the size to which the user expands them, and the space currently available on the homescreen. Developers will now also have control to reorient the interface of the widget, depending on the size.

Notifications
One of the biggest changes to Ice Cream Sandwich is the new Notifications menu in Jelly Bean. Essentially, notifications will be more than just pieces of information, but now, will be interactive, and can be expanded or collapsed to show more information, access features, etc, without opening the relevant app. Notifications will now support image content, feature up to three preset actions (such as sharing, or 1-ing), and, display priority is now user-configurable. Native apps like Gmail will provide detailed notifications.

Google has introduced Offline Voice Typing to Jelly Bean, placing the previously-cloud-accessed Google Speech Recognizer on the device itself. For now, it only supports U.S. English, but more languages are due to be added later. Google has also improved voice search, with faster response times, increased accuracy, and a more natural sounding voice. Relevantly, Google also announced it would be supporting more languages, with 18 new languages, including Persian, due soon.

Camera and Gallery
Google has made improvements to the native Ice Cream Sandwich camera and gallery apps as well, with the new Jelly Bean version supporting such features as an undo button, simple deletion UI, and a film strip mode.

Google Now
Lastly, Google has finally introduced a Siri-competitor, called Google Now, which will use the Card UI and voice to provide search information, before you search it – something Google has been advocating for years now. It will automatically check things like traffic and public transport information, and update the user. It can also remind users about the events, etc. We’ll have to wait and see just how it works to get a better idea, though you could check out the video below for a glimpse.