Google is expected to launch the Pixel 3 and the Pixel 3 XL in black, white, and mint colours. 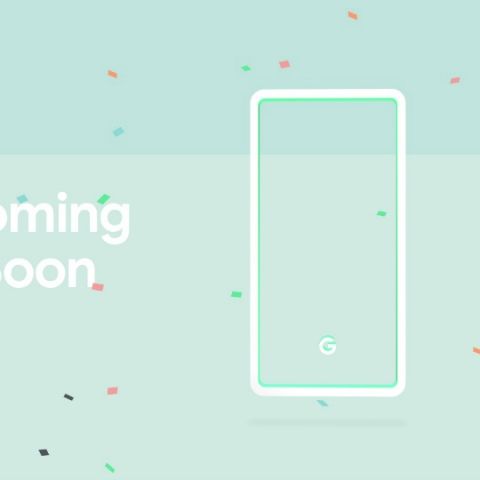 We’re well over that period of leaks and rumours about the new Pixel smartphones. Google has already revealed the colour options that will be available on its new Pixel 3 smartphones in a teaser page. In the page, clicking on the company’s G logo inside the phone’s outline toggles between black, white, and mint colours, suggesting that these are the colour options the new flagships will get. Nothing else about the smartphones is revealed in the page.

Google is expected to announce the Pixel 3 and the larger Pixel 3 XL at an event on October 9 in New York City. Much of what the American technology company has to show about the smartphones is already known to us through leaks and rumours. For example, we know that they’re both largely based on last year’s models, the Pixel 2 and the Pixel 2 XL. The latter is said to sport a large notch on top of its display. Unlike the previous iterations of the Pixel, both devices are expected to get a glass back to support wireless charging.

While most smartphone makers these days are going for a dual-camera setup on the device’s back, Google is staunchly sticking to a single shooter. It’s instead equipping the Pixels with a dual-camera setup on the front side. Speculators say Google has an advanced face unlock technology up its sleeve, which is probably why it’s employing two cameras up front. At any rate, come October all will be revealed.