Google Pixel 7a renders show off what you can expect

Recently, some of the features of the Google Pixel 7a were leaked, causing a fair bit of buzz online. Google had, however, refrained from commenting on these leaks, and kept the upcoming smartphone’s specifications under wraps. Now, with high-resolution images of the Google Pixel 7a available (thanks to OnLeaks via Smartprix), some of the design features and other specifications have become quite apparent. OnLeaks published a 360-degree video of the render that allows users to see the smartphone from all angles. 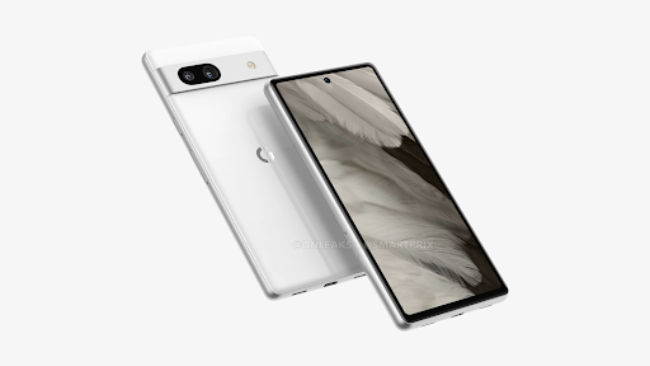 Based on the 360-degree render video, the overall design of the Google Pixel 7a is not very different from the Google Pixel 6a. The latter had an iconic rectangular panel that housed the camera and allowed users to identify the smartphone at a glance. We’re seeing the same panel on this smartphone as well. The renders show two camera lenses and a flash that’s located at a slight distance from the lenses.

The smartphone appears to have thin bezels around the screen. The smartphone has a front-hole cutout in the top middle of the display that houses the front camera. The volume rocker and power button sit on the right spine of the device while the SIM tray sits on the left side. 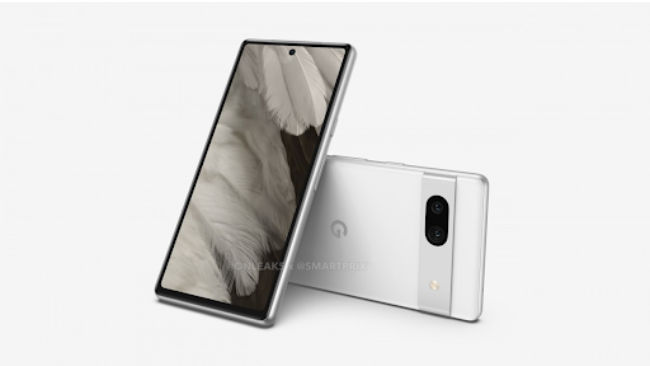 The Google Pixel 7a also has a USB Type-C port at the bottom for charging. The renders don’t show a 3.5-mm jack, indicating that one may require Bluetooth headphones to listen to music on the phone.

The smartphone is available in two colours - grey and white. On the whole, it looks similar to most of the other models within the Google Pixel 7 lineup.

There are quite a few rumours doing the rounds regarding the specifications of this smartphone. We may see an FHD+ display with a 90Hz refresh rate (which will be developed by Samsung). The cameras are rumoured to be equipped with IMX787 and IMX712 sensors. The Google Pixel 6a supported wireless charging, so it’s fair to assume that the Google Pixel 7a will also have the same feature. However, it is believed that the wireless charging capability will be limited to 5W. The Google Pixel 7a will also have an in-display fingerprint sensor.

This will be yet another Google 'a’ series smartphone that will have the Tensor chipset, which spells great news for those who want the proper Pixel experience. Other leaks over the last few weeks have indicated that the Google Pixel 7a will support Bluetooth LE.

When will the Google Pixel 7a launch?

The Google Pixel 7a is expected to launch in early 2023, however, that’s all we know about the same. The launch date has not been revealed yet. However, there is already an Amazon page for the smartphone, and this might just mean that the launch could happen soon.