Google has officially unveiled the Nexus 5. The smartphone has a 5-inch 1080p display and runs on Android 4.4 KitKat 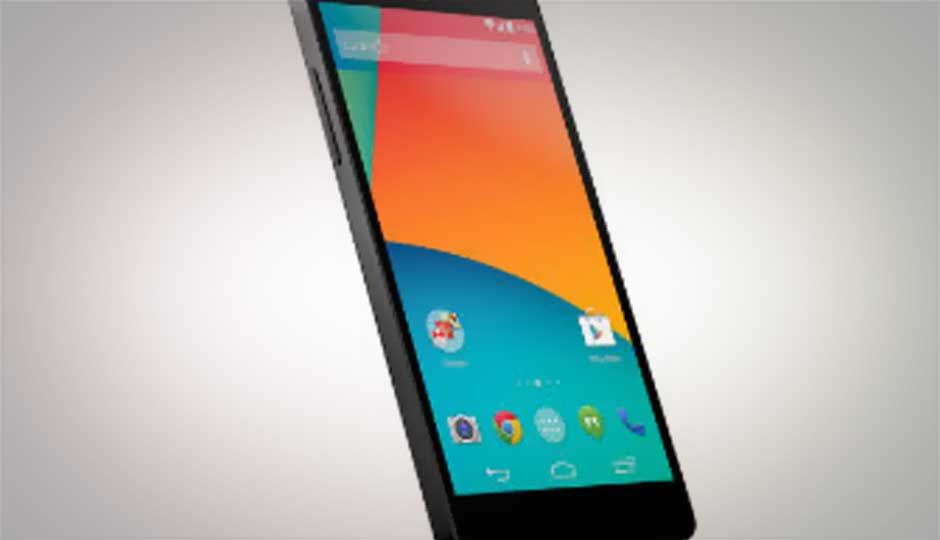 Google picked the lead-up to Diwali to officially lift the veil off the Nexus 5. The smartphone is available in the U.S., Canada, U.K., Australia, France, Germany, Spain, Italy, Japan and Korea (and coming soon to India). The 16GB version of the Nexus 5 is listed at Rs. 28,999 and the 32GB version is listed at Rs. 32,999. The smartphone will be available in two colours – black and white.

Coming to the specifications of the Nexus 5, the smartphone has a 4.95-inch True HD IPS Plus display with a 1920x1080 pixel resolution giving it a pixel density of 445ppi. Under the hood, a 2.26GHz quad-core Qualcomm Snapdragon 800 processor coupled with 2GB of RAM powers the device. The rear of the smartphone has an 8MP camera with OIS and the front has a 1.3MP camera. A 2300mAh battery powers the device.

Check out our video review of the Nexus 5 below.

The Nexus 5 will run on Google's latest mobile OS, Android 4.4 KitKat. The new OS brings with it a slew of features. To start with, we have seen the MotoX allows advanced hands-free operation through voice recognition. This feature is available through Android 4.4. All you need to do is say “OK Google” either from the home screen or the Google Now screen and the smartphone is ready to obey your command – be it search, send text messages or even play a song.

The new OS also boasts of faster multitasking capabilities. The phone app on Android too has been improved. The app automatically prioritizes your contacts based on the people you talk to the most. You can also search for nearby places or businesses directly from the phone app.

Another feature, and this one may not appeal to all, is that messaging has been integrated into Google Hangouts. Quickoffice too has been redesigned and can be downloaded for free from the Play store. You can take a look at complete list of features of Android 4.4 KitKat here. Those of you that are interested in purchasing the Nexus 5 can keep a track of it on the India Google Play store here.