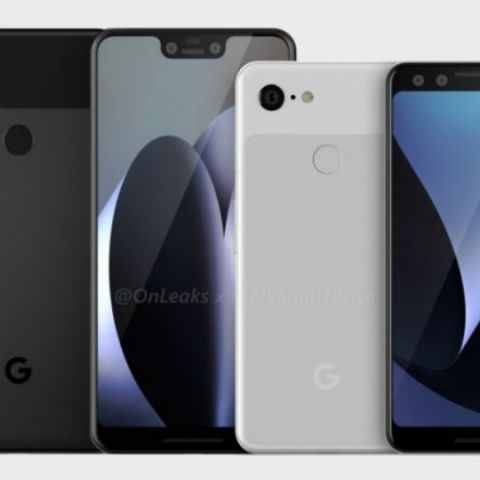 Google may have accidentally leaked the launch date of its next-generation Pixel smartphones. The Mountain View-based tech conglomerate might again choose October 4 to reveal the Pixel 3 and Pixel 3 XL smartphones, successors to the Pixel 2 series devices that were also launched on October 4 last year. Google seems to be going for a hat-trick here as even the first-gen Pixel devices were launched on October 4, back in 2016. How have we come across this information, you ask? Well, Google has reportedly started asking creators to cover the launch of the Pixel 3 series smartphones through YouTube’s branded content platform Famebit - a space for brands and creators to collaborate.

First spotted by This is Tech Today, an advertisement believed to be posted by Google, asks creators to gear up for an October 4 event where the company will launch the Pixel 3 and Pixel 3 XL smartphones. The ad calls upon Canadian creators to apply for sponsored deals on Famebit to cover the Pixel 3 and Pixel 3 XL launch on October 4. Since Google has a legacy of launching its Pixel devices on the said date, it would only be natural for the company to do so a third time around. That said, if the ad has indeed been posted by Google, then get ready for some more leaks around the upcoming Pixel 3 devices which have already been outed several times.

Multiple images of the Pixel 3, Pixel 3 XL have also been outed. XDA Developers had recently spotted a hands-on image of the alleged ‘Clearly White’ variant of the Pixel 3 XL in the wild. Going by the image, Google might retain the single primary camera unit on the device, while the front may house a dual-camera setup. This would be a first for Google as none of its Pixel phones have had dual cameras of any kind till now. Google has stayed away from the trend while keeping the camera quality of its phones at par with other dual-cam flagships. In fact, the primary camera on the Pixel 2 XL is still one of the best available out there.

In terms of looks, the Pixel 3 XL might lose Google’s signature two-tone back. The ‘Clearly White’ Pixel 3 XL is expected to be made of glass and there may be a fingerprint sensor placed centrally at the back if leaked images have to be believed. A glass design could mean support for wireless charging on the device. One smartphone trend bandwagon that Google seems to be jumping aboard is that of the notch. The Pixel 3 XL is expected to carry a notch on its 6.2-inch display, while the smaller Pixel 3 might not have one on its rumoured 5.8-inch screen. A previous report claims that OLED display panels for the Pixel 3 series smartphones are being manufactured by LG.