Android One smartphones to launch in Sri Lanka, Bangladesh and Nepal in January 2015. 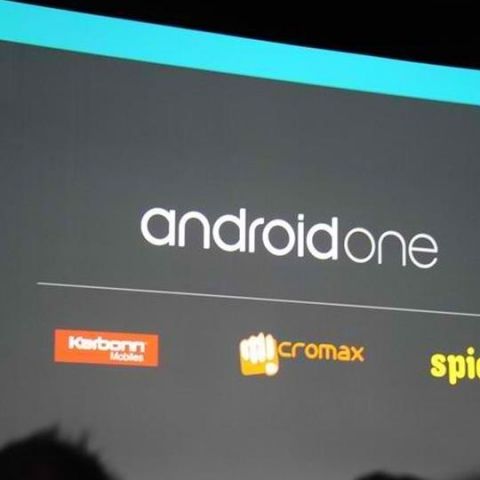 Google has announced that it will launch its Android One smartphones in Nepal, Bangladesh and Sri Lanka in the coming weeks. The Internet giant plans to make the smartphones accessible to an estimated 200 million people with the launch.

Google has stated that Micromax, Karbonn and Spice which launched its Android One smartphones in India will be launching their devices along with Bangladesh-based Symphony in the Bangladesh, Nepal and Sri Lanka. In Bangladesh, Google has tied up with operator BanglaLink to start selling the Android One devices. Bangladesh based brand Symphony is also planning to launch their Symphony Road A50 smartphone in the coming weeks.

Google's VP for Product Management, Caesar Sengupta said, "In the coming weeks, the Android One devices will start to go on sale in India's neighboring countries of Bangladesh, Nepal, and Sri Lanka."

Last week Spice has launched the Dream Uno H, which is targeted towards the Hindi speaking population in the country. The smartphone has an entire suite of Google apps in Hindi. Karbonn Mobiles has also committed to a long-term partnership with Android One in India and stated that its next generation Android One smartphone will arrive in Q1 2015.

Google had unveiled the Android One programme in June this year. The internet giant stated that the new phones will “give people a high quality mobile experience for an affordable price, running stock-Android with updates from Google.” Apart from Bangladesh, Sri Lanka and Nepal, Google is planning to further expand the programme to Pakistan, Indonesia, and the Philippines. However Google's Android One devices have not seen a great response in India with many local retailers refusing to stock the devices due to the low profit margin and demand for them.