Google and HTC enter into a cooperation agreement for $1.1 Billion: Here’s what it means 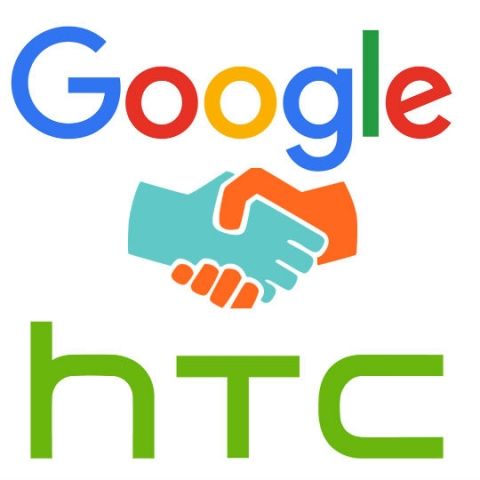 Google and HTC today announced that they are entering into a mutual cooperation agreement under which certain HTC employees who were already working on Google’s Pixel smartphones will be joining Google. As a part of the transaction, HTC will also receive US $1.1 billion in cash from Google. Under the agreement, Google will separately receive a non-exclusive license for HTC’s Intellectual Property (IP) rights.

This agreement comes after recent rumours of Google either planning on buying HTC’s smartphone division or becoming a strategic partner. Chairwoman and CEO of HTC, Cher Wang said, “This agreement is a brilliant next step in our longstanding partnership, enabling Google to supercharge their hardware business while ensuring continued innovation within our HTC smartphone and VIVE virtual reality businesses.”

With this accord, Google is acquiring the HTC engineers working on its Pixel smartphones. This means that similar to Apple, Google will now also possess complete control over the hardware of its flagship Pixel smartphones and HTC will use the money from the deal to streamline its smartphone business and invest in the development of its Vive VR division along with AI, AR and IoT. 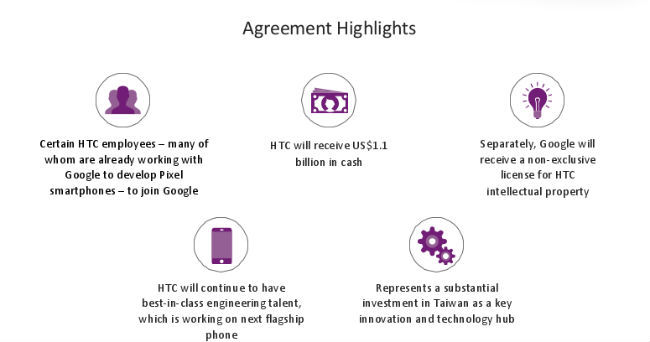 The agreement is underway and is expected to be completed by early 2018. In recent years, HTC has been struggling to make a mark in the highly competitive smartphone space. The company was once known for its premium design and superior build quality, however, it lost to other smartphone manufacturers such as Samsung and OnePlus in the last few years. HTC's latest flagship, the HTC U11 was promising, but failed to stand against Samsung's Galaxy S8 with the near bezel-less design.

Google’s upcoming flagship, the Pixel 2 is also being manufactured by HTC and Google is expected to add a squeezable frame to the smartphone, similar to the one found on HTC's U11.

“HTC has been a longtime partner of Google and has created some of the most beautiful, premium devices on the market,” said Rick Osterloh, Senior VP of Hardware at Google. “We’re excited and can’t wait to welcome members of the HTC team who will be joining Google to fuel further innovation and future product development in consumer hardware.”

This is not the first time Google has partnered with a struggling OEM. The search giant acquired the struggling Motorola Mobility for $12.5 billion in 2012, and offloaded it two years later for a mere $2.91 billion. However, Google said that its Motorola acquisition has been a major success in the form of access to a vast majority of patents. This agreement will also grant Google a non-exclusive license for HTC’s IP which will certainly help the company gain a competitive edge against other smartphone manufacturers.