The prototype iPhone X has rich gold stainless steel frame and a lighter gold glass back that appears to match the gold colour in iPhone 8.

Apple is reportedly working on a gold-colour variant of premium iPhone X as seen in recent photos published by the US Federal Communications Commission (FCC).

"This seems a little too good to be true but the FCC appears to have published photos of a gold iPhone X. Dated from last September and released earlier in April, these photos show an iPhone X unmistakably in an unreleased gold finish," 9to5Mac reported late on Friday.

The prototype iPhone X has rich gold stainless steel frame and a lighter gold glass back that appears to match the gold colour in iPhone 8. 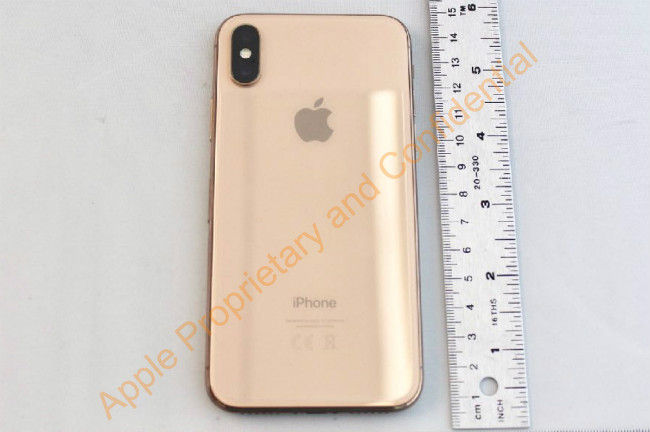 "The photo annotations do include reference to an 'LCD display' which is a little strange as the iPhone X uses an OLED panel. Other than that, it resembles an iPhone X in every way," the report added.

The documents filed with the FCC reportedly suggest the photos were taken as much as several months ahead of the iPhone X unveiling in September, 2017.

Given the timing of the document, it is likely that the iPhone-maker planned on releasing the iPhone X in three colors -- gold, silver and space gray -- however was ultimately forced to shelve the gold colour option ahead of release due to production issues according to MacRumors.