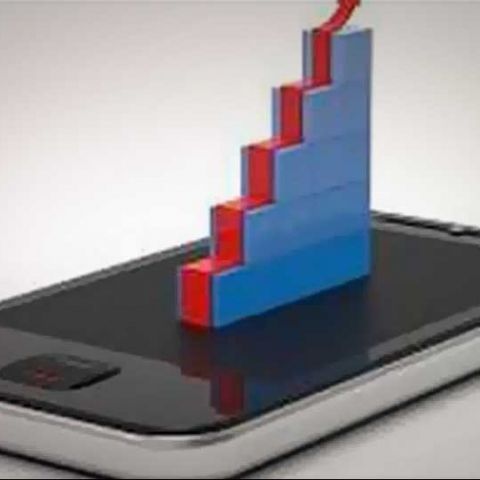 The International Data Corporation (IDC) in its Worldwide Quarterly Mobile Phone Tracker predicts global smartphone shipments will go past 1 billion in 2013, registering a 39.3 percent growth over 2012.

The research firm says growth in the smartphone market is driven by demand for low-cost devices in emerging markets whereas mature markets are nearing smartphone saturation. IDC predicts global smartphone shipment to hit 1.7 billion units, resulting in a compound annual growth rate (CAGR) of 18.4% from 2013 to 2017.

IDC highlights the global smartphone market is currently seen a number of trends, but none have an impact to drive the growth. Android, according to IDC, has helped various mobile phone makers to join the smartphone market. The research firm points out many of the handset vendors of focusses on low-cost devices to build brand awareness.

"The game has changed quite drastically due to the decline in smartphone ASPs," says Ryan Reith, Program Director with IDC's Worldwide Quarterly Mobile Phone Tracker. "Just a few years back the industry was talking about the next billion people to connect, and it was assumed the majority of these people would do so by way of the feature phone. Given the trajectory of ASPs, smartphones are now a very realistic option to connect those billion users."

"The key driver behind smartphone volumes in the years ahead is the expected decrease in prices," says Ramon Llamas, Research Manager with IDC's Mobile Phone team. "Particularly within emerging markets, where price sensitivity and elasticity are so important, prices will come down for smartphones to move beyond the urban elite and into the hands of mass market users. Every vendor is closely eyeing how far down they can price their devices while still realizing a profit and offering a robust smartphone experience."

“Developed markets, by contrast, will see market share erosion, but will nonetheless see volume increases during the same time period. All combined, the worldwide smartphone market is poised for certain growth,” says the research firm. 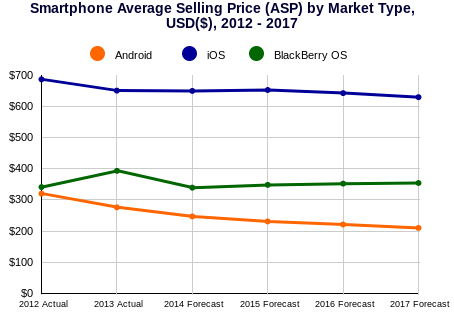