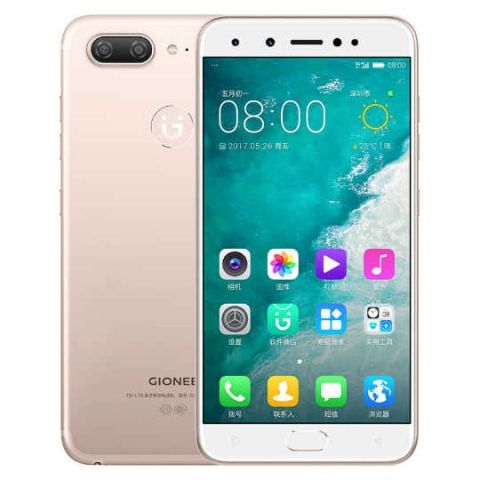 Gionee has launched the S10 selfie-centric smartphone in China. The device comes with a dual rear and front camera setup, making it one of the few smartphones to feature four cameras. The Gionee S10 is the second smartphone to launch with dual rear camera setup today highlighting where the industry is headed. The Gionee S10 has a 16MP + 8MP rear camera setup with support for bokeh. On the front, there are 20MP + 8MP cameras with soft light flash for selfies. The device is priced at 2,599 Yuan (approximately Rs. 26,000) which puts it in the same price category as that of recently launched Xiaomi's Mi 6.

The Gionee S10 features a 5.5-inch Full HD display and is powered by MediaTek's Helio P25 processor clocked at 2.5GHz. The smartphone comes with 6GB RAM and 64GB of storage. The smartphone is 7.35mm thick and weighs around 178 grams. Gionee S10 runs Amigo 4.0 based on Android 7.0 Marshmallow and offers connectivity options like Bluetooth 4.0, microUSB 2.0, Wi-Fi, OTG and a 3.5mm audio jack.