The upcoming Samsung Galaxy S9 and the S9+ smartphones have been leaked in the form of 360 degrees render videos. Frequent tipster Onleaks collaborated with 91Mobiles and MySmartPrice to post two separate 360 degrees videos of the smartphones based on their factory CAD renders. The videos reveal the design, camera and fingerprint sensor of both smartphones. 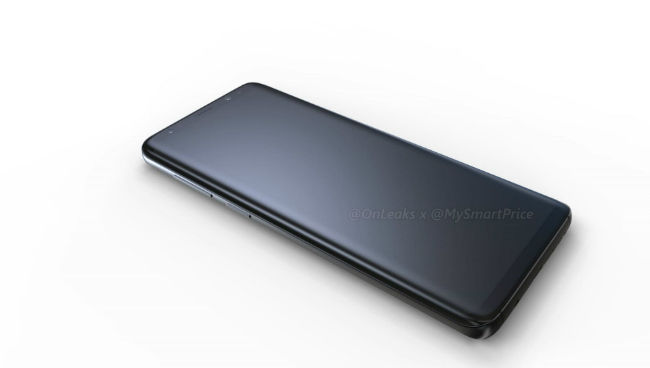 The speaker and the primary microphone are also placed at the bottom, similar to the Galaxy S8 and S8+. Additionally, the bottom of the smartphone sports a USB Type-C port along with a 3.5mm headphone jack. The left side of the device hosts the volume rockers and the Bixby button, while the power button sits on the right. There is also a secondary mic, SIM and microSD card slot on top of the phone. The Galaxy S9+ is expected to feature an iris scanner, going by.

Coming to the Galaxy S9, the smartphone looks almost similar to the Galaxy S9+, except for its screen size of 5.65-inches and rounded corners. The reported dimensions of the phone are 147.6 x 68.7 x 8.4mm and the renders reveal a single camera setup at the rear instead of dual image sensors.

In terms of specifications, both the smartphones are tipped to sport Super AMOLED Infinity displays. The Galaxy S9+ is also expected to offer 6GB of RAM as compared to 4GB of RAM on the Galaxy S9, but both are expected to offer 64GB of storage with a microSD card slot. Samsung is also expected to have two variants of the smartphones, one powered by Qualcomm’s Snapdragon 845 SoC and another powered by Samsung’s own Exynos 9810 SoC