Galaxy S8 US preorders higher than its predecessor: Samsung

Samsung says Galaxy S8 preorders are 30 percent higher than that of Galaxy S7. However, the company has not shared any exact sales figure of the new device 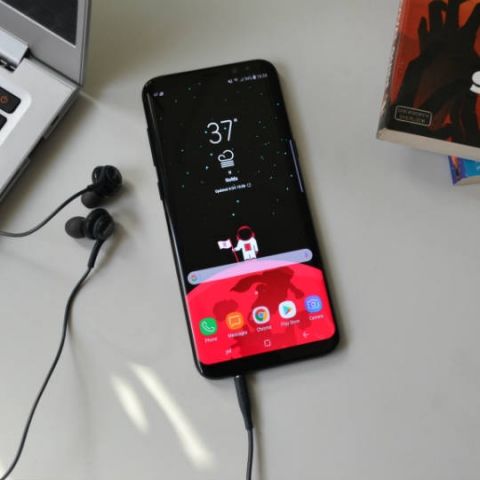 The Samsung Galaxy S8 and S8+ are already off to a great start in South Korea, Samsung's home market. Preorders for the device touched over a million units ahead of its scheduled sale date of April 21. Now the company has confirmed that the preorders for its new flagship were 30 percent higher in the US as well.

Samsung says its 2017 flagships, Galaxy S8 and S8+, have received more preorders than last year's Galaxy S7. The company claims this is the 'best ever' preorder for Samsung smartphones in the US, which is quite understandable after the sad ending of the Galaxy Note 7. While Samsung is not sharing exact numbers, Samsung Electronics America COO Tim Baxter said, "The response is humbling, energising, and points to a great launch week."

The Samsung Galaxy S8 comes with an all new Infinity Display, packing a taller display into a smaller form factor. The smartphone is the first to be powered by Qualcomm's Snapdragon 835 chipset in the US and comes with support for gigabit LTE download speeds. The smartphone offers 4GB RAM, 64GB storage and continues to support IP68 water and dust resistance.

With the Galaxy S8 series, Samsung has not pushed itself on the camera and battery front. The Galaxy S8 offers a 12MP rear camera and an 8MP front camera. The Galaxy S8 and S8+ offer 3000mAh and 3500mAh batteries respectively, which are the same as their predecessors. Both the handsets support quick charging and fast wireless charging.

Samsung is also reemphasizing that there is no hardware defect with the Galaxy S8 and the company will issue a software update to fix the red tint issue observed by few users. The company told The Wall Street Journal that the incoming update will resolve the issues observed by early buyers. The update is also said to fix Wi-Fi connectivity issues for S8 users in the Korean market. The Galaxy S8 and S8+ were recently launched in India at Rs 57,900 and Rs 64,900 respectively. The smartphones are currently available for preorder and will go on sale starting May 5 from Flipkart and other offline retailers.