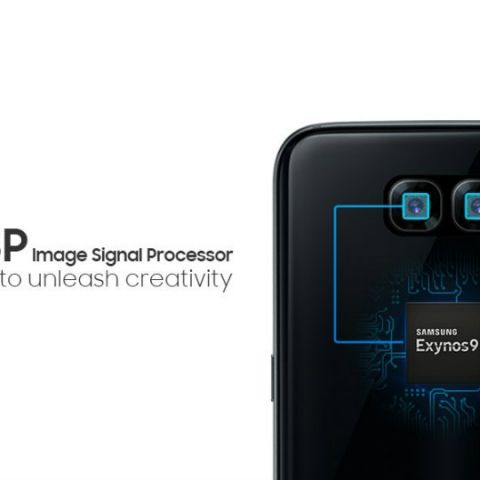 The Galaxy Note 8, Samsung's second flagship smartphone this year may feature 6.4-inch display and dual rear camera setup according to KGI Securities' analyst, Ming-Chi Kuo. This would make it the first smartphone by Samsung to offer a dual-rear camera setup. He also noted that pre-orders for the Galaxy S8 and the Galaxy S8+ are doing better than expected.

According to an investor note obtained by 9to5Google, Kuo believes Note 7's dual-rear camera may offer up to 3x optical zoom. The dual-camera setup is said to include a 12MP wide-angle lens supporting dual photodiode (2PD), and another 13MP telephoto lens. The camera module will feature dual six element lens and dual optical image stabilisation. "Note 8's dual-camera will be much better than that of iPhone 7 Plus, and likely match that of OLED iPhone," says Kuo.

Kuo also states that the design will be similar to Galaxy S8 with a rear-mounted fingerprint sensor. It is expected to sport a 6.4-inch QHD+ display and may be powered by either the Exynos 8895 or the Snapdragon 835. Kuo's prediction comes just after leaked images revealed Galaxy S8+ prototype with dual-camera setup. KGI had initially predicted that Galaxy S8 lacks attractive selling points and estimated shipments for the entire year to be between 40 and 45 million units. Post launch, the firm now believes the demand is better than expected and is increasing the shipment numbers to between 50 and 55 million units.

"According to our survey, market feedback to Galaxy S8 and Galaxy S8+ (abbreviated as ‘S8’) has been better than expected since their unveiling. We attribute this to a better-than-expected selling point in the full-screen design. For this reason, we revise up our 2017F S8 shipments from 40-45mn units to 50-55mn units," KGI wrote in its investor report.