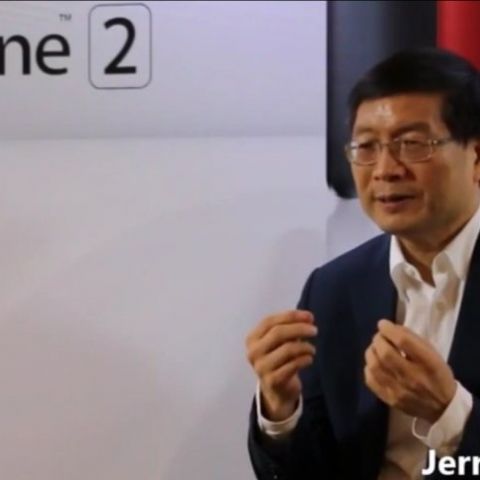 Asus Chief Executive Jerry Shen has disclosed future Zenfone smartphones will come with Qualcomm's Snapdragon 615 processors. The official made the revelation during an interaction with a technology website Yugatech (video below).

Asus' Jerry Shen also shed light on the company's plans and strategy of the company for the Zenfone. One of the interesting revelations was Asus' plans to follow Apple for naming convention, which suggests the company will launch Zenfone 3 next year. Moreover, the company will make a major launch every year but will release incremental upgrades over six months.

After successful run with Zenfones last year, Asus adopted unique strategy by launching Zenfone 2 with multiple versions and price between Rs. 12,999 and Rs. 20,000. The move is likely to help the company compete with all possible smartphones in that category as well as give the same phone (with slight tweaks). Read: Asus Zenfone 2 ZE551ML 4GB RAM, 32GB Review

As far as the inclusion of Qualcomm's Snapdragon 615 processor goes, Asus will be competing with the Xiaomi, which recently launched Mi 4i with the mentioned processor.

That said, here's the interview of Asus' Jerry Shen: