Follow Us
HIGHLIGHTS
First OnePlus 3 renders suggest no Sandstone back

It has only been a few months since OnePlus launched the OnePlus 2, and the rumours have started coming in again. First rendered images of an alleged OnePlus 3 popped up on the Internet earlier today, showcasing design changes which might not go down well with OnePlus fans. According to the rendered images, the upcoming phone might not have the signature Sandstone back.

According to mobile-dad which leaked the images, the phone might be running on a Qualcomm Snapdragon 820 SoC, which is no surprise. Going by previous rumours, the latest Snapdragon chip from Qualcomm is likely to power almost every new flagship smartphone which will be launched in 2016. This quad-core SoC is Qualcomm’s first attempt at a custom CPU architecture. There are a lot of rumours about the custom Kryo cores. Moreover, according to the rendered images, the alleged OnePlus 3 also gets a front-facing stereo speaker setup.

The fingerprint sensor, which resides on the front on the OnePlus 2, also seems missing from the renders. As mentioned earlier, the signature OnePlus Sandstone back has been replaced by a brushed metal back on the images. While these are renders and not the actual phone, there are chances of OnePlus actually ditching the Sandstone back this year – a signature style adopted by OnePlus on its first two smartphones. The recently-launched OnePlus X comes with a glass back. The leaked renders of the OnePlus 3 also suggest that there might be different colour shades on the phone, with a mirror-like shine. 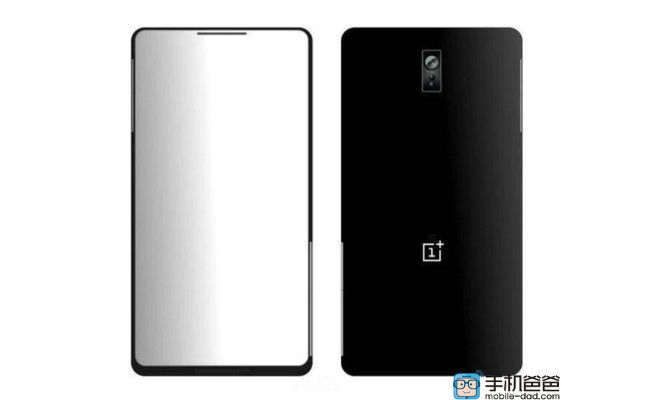 Apart from the design,, the leak also suggests that the next generation “flagship killer” will again feature a 1080p display. Will this be a sensible move from OnePlus, seeing that all flagship phones next year are likely to bring at least a 2K display to the table? The current generation flagships from Samsung, LG and HTC (HTC One M9 Plus) all offer 2K displays. Sony, on the other hand, went ahead and became the first company to offer a 4K display on a smartphone, with the launch of Sony Xperia Z5 Premium. Otherwise, however, the Japanese giants have stuck to 1080p display panels, which have worked for them so far.

The next year will again bring a lot of phones, starting with Sony and Samsung. Both companies are likely to launch new devices at CES 2016, with respective press conferences scheduled for January 5. As for the OnePlus 3, these are just the first renders of the device, and we might see more of it, soon.