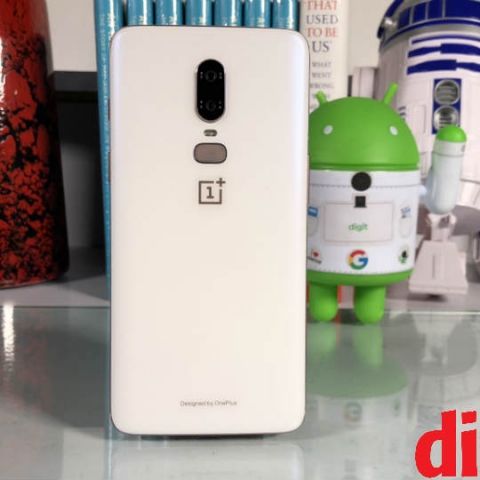 The Silk White edition of the OnePlus 6 will be available in limited quantities. The device has 8GB RAM and 128GB built-in storage and will be priced at Rs 39,999.

OnePlus announced the OnePlus 6 in May and the company said there would be two limited editions of the smartphone. We have already seen the OnePlus 6 Avengers limited edition and if you aren’t looking for a superhero phone, then you may want to take a look at the Silk White OnePlus 6. The device comes with the same internals as the regular OnePlus 6. It has 8GB RAM and 128GB built-in storage.

The first thing that you will notice is that the silk white back isn’t a fingerprint magnet. All the other variants of the OnePlus 6 are fingerprint magnets and the fact that the Silk White isn’t, is great. The smartphone still has a glass back but it looks pearl white with a matte finish. The white back is a lot different from the one we saw on the Star Wars Limited Edition OnePlus 5T. This white Star Wars edition 5T had a slightly textured back, but in the case of the Silk White OnePlus 6 its smooth as glass.

Overall, the Silk White edition of the OnePlus 6 is a good-looking phone. The rose gold accents may not appeal to all, but the phone will definitely stand out from the crowd.

For the uninitiated, here are the specifications of the OnePlus 6. The OnePlus 6 is powered by the latest Snapdragon 845 SoC and features a 6.28-inch Full Optic screen with a taller 19:9 display aspect ratio. It comes with an all-glass rear panel, but there’s no wireless charging support. The device runs on OxygenOS 5.1, which is based on Android 8.1 Oreo and comes with a rear-mounted fingerprint reader and supports Face Unlock as well. The 6GB RAM/64GB storage model is priced at Rs 34,999, whereas the 8GB RAM/128GB storage option will cost you Rs 39,999. The Marvel Avengers Limited Edition of the OnePlus 6 comes with the highest specs of the bunch with 8GB RAM/256GB of storage, and it is priced at Rs 44,999. The regular OnePlus 6 will be available in Mirror Black and Midnight Black along with the limited-edition Silk White edition. In terms of optics, the OnePlus 6 features two vertically stacked cameras where one is a 20MP Sony IMX519 sensor and another is a 16MP Sony IMX376K sensor. The rear camera supports both Electronic image stabilization (EIS) and Optical Image Stabilisation (OIS).

In our review of the OnePlus 6, we said, “Over time, the flagship killer status that OnePlus devices enjoyed exclusively has been eroded slowly and steadily. Other incumbents like the Moto Z2 Force, Mi Mix 2, and more importantly, Honor’s devices also offer similar hardware configuration at that price. But the fact remains, in the high-end segment, OnePlus enjoys unparalleled brand loyalty. Users of OnePlus devices are never unhappy and the company works hard to keep it that way. But over time, as the flagship phone-makers are looking to differentiate themselves from others not just in terms of brute hardware prowess, but also in terms of unique features, OnePlus is finding itself in a tight fix. The main selling point of OnePlus devices is the hardware which the company provides at an unparalleled price point, which is always 30 to 40 percent lower than the going price for a flagship. Years of positioning itself as the flagship killer has raised expectations. So when the OnePlus 6 compromises on things like an IP rating for water resistance, or a good enough camera, it hits harder. The company’s focus for the OnePlus 6 has all been about Speed, but it would seem that in the process, they may have ignored some other important aspects. If you’re in the market looking for a fast and reliable performer, the OnePlus 6 is a no brainer. However, if you find yourself debating between a flagship and the OnePlus 6, then the choice gets much harder due to the corners cut by OnePlus.”

Below are some more images of the Silk White OnePlus 6 for your viewing pleasure. 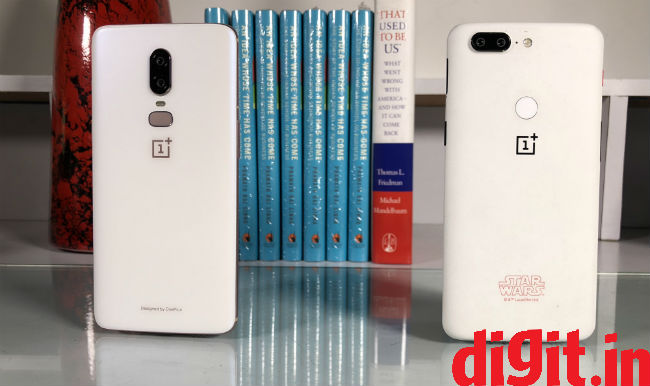 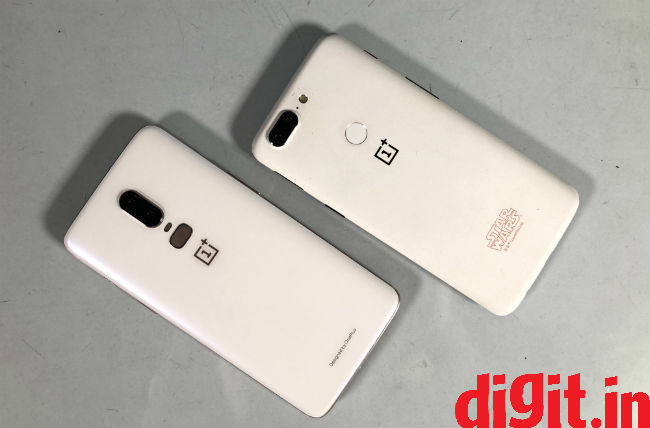 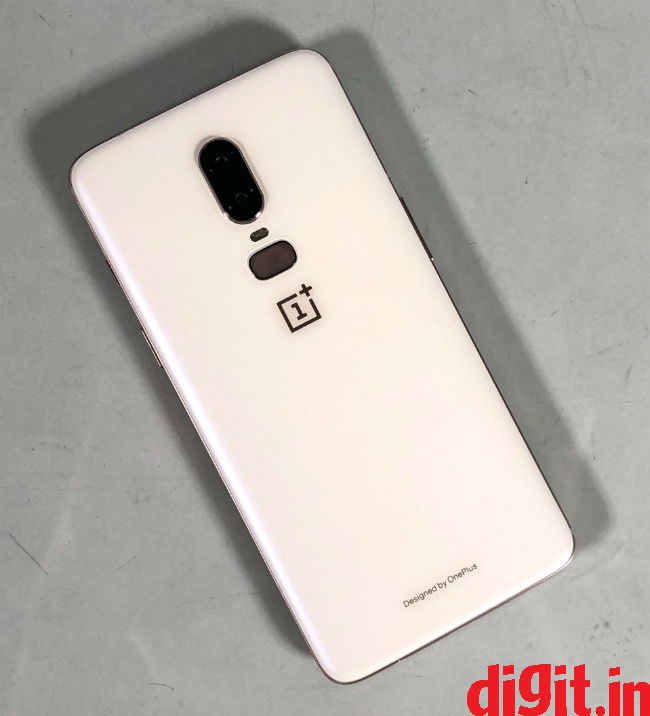