The new Motorola One Power was leaked featuring a dual camera setup and ‘Motorola’ branding instead of just ‘Moto’. 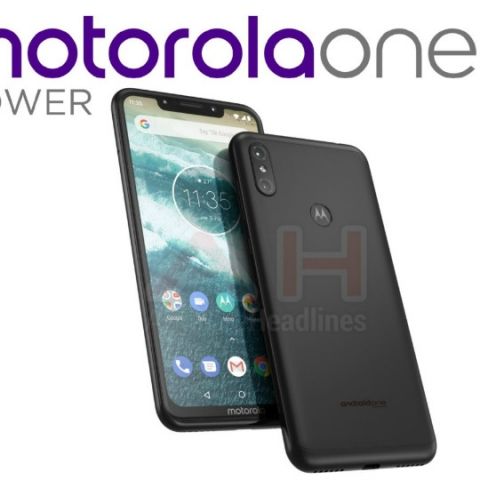 It seems Motorola, like the many other phone makers before it, is eager to jump on the notch bandwagon in order to achieve a higher screen-to-body ratio with their smartphones. AndroidHeadlines was first to grab an image of the unreleased Moto phone dubbed Motorola One Power. The new Motorola marks the introduction and reintroduction of a few elements. Let’s review them.

As reported, the Motorola One Power is an Android One device. That means the phone will run a ‘pure’ version of Android and receive the faster Android updates. It seems Motorola is continuing to use Android One in their phones; the last model to come with it was the American version of the Moto X4.

The image from AndroidHeadlines reveals a dual camera setup at the back side of the phone, and the signature Motorola batwing logo sitting inside a dimple that could well double up as a fingerprint sensor. The image also reveals that the branding on the front side of the phone is now ‘Motorola’ and not ‘Moto’ as it was on previous models from the recent past. After a confused spell of back-and-forth brand shuffling by Motorola and Lenovo, it seems the company has finally decided to move away from ‘Moto by Lenovo’ and slowly return to the full name of ‘Motorola’. Only time will tell if the original name will stick.

The notch is now present on yet another new phone. The image reveals that the Motorola One Power has a display that covers almost the entire of the front face, save for the noticeable chin at the bottom and a rather wide notch at the top. The display seems to be slightly rounded around the corners. This is officially the first phone from Motorola to sport a notch on the display. However, many suspect that this could ultimately end up being the Moto X5 that was seen in leaked images back in January this year. The leaked images of the Moto X5 suggested the presence of a notch on the top along with dual rear cameras. Motorola was reportedly last heard scrapping the Moto X5 project.

This leak comes less than a week before Motorola's new launch. The Lenovo-owned brand announced earlier that they would launch two new models in their G-series smartphones, the Moto G6 and the Moto G6 Play in India on June 4. The Moto G6 features a 18:9 5.7-inch display with FHD+ resolution, runs on the Qualcomm Snapdragon 450 platform, and offers a choice of memory and storage: 3GB RAM & 32GB of storage or 4GB RAM & 64GB of storage. The Moto G6 Play is expected to be a cheaper version of the Moto G6.